The Golden State Warriors will be in Boston to take on the Celtics in a much-anticipated NBA regular-season matchup Thursday night, but their head coach already is praising his team’s upcoming opponent.

Steve Kerr called the C’s the “team of the future” in the Eastern Conference when speaking to reporters Tuesday.

“They’re dialed in. They’re well coached, obviously. Brad (Stevens) is amazing,” Kerr said, via Anthony Slater of The Athletic. “I think Jaylen Brown in his second year has made huge strides. They add Tatum, so you’ve got another long-armed guy who can switch. And their bigs are really smart. (Al) Horford and (Aron) Baynes are really sharp basketball players.

“They’re all on a string. They play off each other really well, and they’re really sound and they’re motivated. It’s a team that’s been on the rise the last couple years, lost in the conference finals, and they want to win a championship. And it looks it, even without Gordon Hayward and that awful injury, Boston is just crushing people. It’s going to be really fun to go against them on Thursday. We know how tough it’s going to be.”

Kerr later added: “It sure looks like Boston is the team of the future in the East. With their assets that they still have, and their young talent and their coaching. Kyrie (Irving) is amazing.”

Steve Kerr on the Celtics, who he calls "the team of the future" in the East pic.twitter.com/tGCoVbypWB

It’s hard to disagree with what Kerr had to say.

The Celtics own the league’s best record at 12-2 and haven’t lost since going 0-2 to begin the campaign. Not only do they have established stars such as Irving and Horford, as well as young talent like Brown and Tatum, they also have a stockpile of draft picks to fill out their roster or use in trades.

None of this guarantees anything to the Celtics, as several potential dynasties in league history have been thwarted for various reasons, but it’s impossible to look at Boston’s current situation and be anything but optimistic. 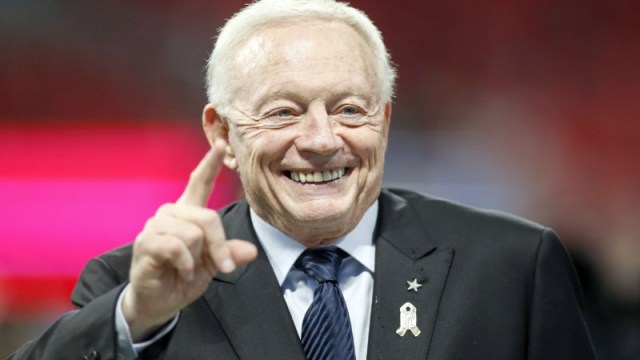 Cowboys’ Jerry Jones Laughs Off Rumors Of NFL Actions Against Him 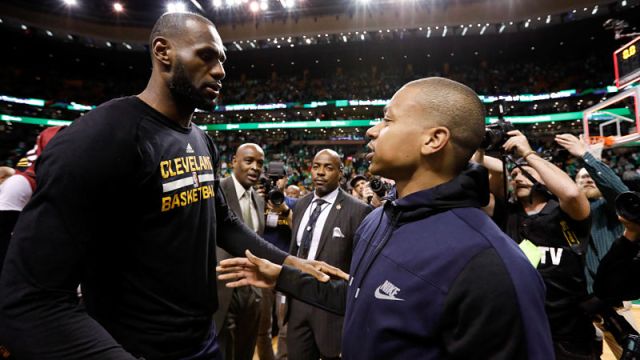