If there’s anyone who knows about being chastised for changing teams, it’s Golden State Warriors star Kevin Durant.

And now, Boston Celtics point guard Kyrie Irving has Durant’s vote of support for wanting to leave the Cleveland Cavaliers over the summer. Following the Warriors’ practice at TD Garden on Wednesday, Durant spoke out in favor of Irving requesting a trade and landing in Boston.

“But he made a basketball move. And that’s the most respected move is to keep it at ball. So he’s playing his best basketball. He’s stepped into a leadership role and this team has taken off because of him.”

Durant was heavily criticized during the 2016 offseason for his decision to sign with the Warriors as a free agent, burdening the perception he elected to take the easy route to a championship. He was a seamless fit in Golden State, though, helping lead the Dubs to an NBA title in his first season.

It’s still early in his Celtics tenure, but the change of scenery has appeared to benefit Irving, as well — he’s averaging 20.6 points and 5.2 assists per game while playing much-improved defense for the 13-2 C’s.

Irving and Durant will square off Thursday night in a battle of elite NBA teams at TD Garden. 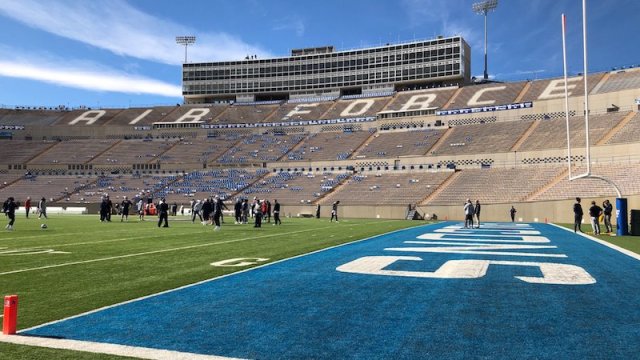 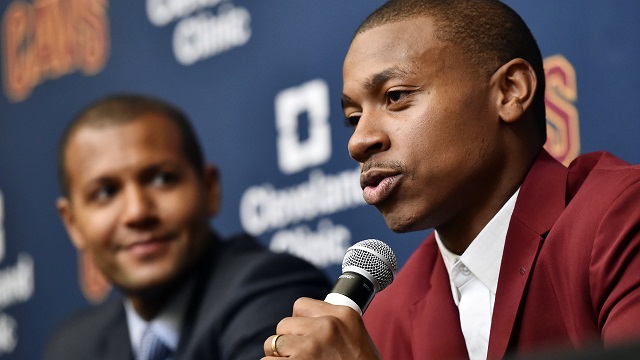