Why Paul Pierce Is Picking Celtics (Not Cavs) To Win Eastern Conference - NESN.com Skip to content

Golden State Warriors head coach Steve Kerr said this week the Boston Celtics are the “team of the future” in the Eastern Conference. Quite a compliment, especially coming from Kerr, whose Warriors have made three straight trips to the NBA Finals, winning the championship twice.

Paul Pierce sees things a little bit differently, though. That’s because the longtime Celtics star believes the time is now — not “the future” — for Boston to overtake the Cleveland Cavaliers in the Eastern Conference.

Pierce, now working as an NBA analyst, debated the topic Wednesday on ESPN’s “NBA Countdown.” He faced some pushback from Jalen Rose and Chauncey Billups, both of whom still like the Cavs in the East despite Cleveland’s sluggish start and status as the oldest team in the NBA.

Most agree the Celtics have a very bright future. They’re young, talented and extremely well-coached. It was hard to foresee them starting the season 13-2, especially after Gordon Hayward suffered a serious leg injury in Boston’s opener, yet Brad Stevens’ group already looks like a legitimate threat to dethrone the Cavs, who improved to just 8-7 with a win Wednesday night over the Charlotte Hornets.

All told, it still requires a leap of faith to say the Celtics will be the last Eastern Conference team standing this season. Pierce was willing to take that leap, even if he’s biased. 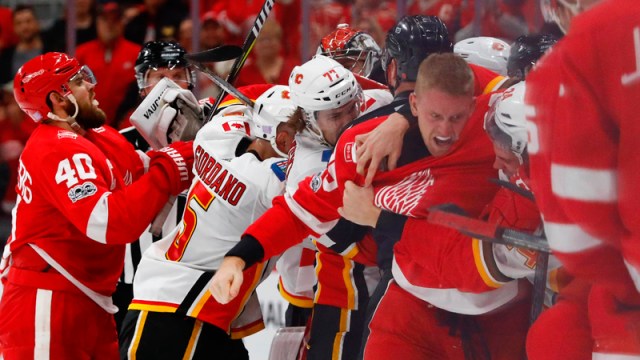 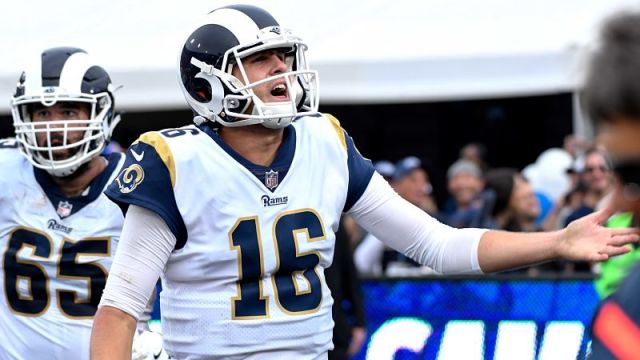 Jared Goff, Rams Have Ridiculous Audibles — Like ‘Tupac’ And ‘Obama’