Two days after his team’s dramatic 27-24 victory at Heinz Field, Patriots coach Bill Belichick was asked if he likes that particular rule, which has resulted in several high-profile touchdown reversals in recent years.

Belichick said he agrees with the thought process behind it and challenged reporters to come up with a better way of officiating those types of situations.

“I think that?s really a conversation for people like (senior vice president of officiating Alberto Riveron) and the league and so forth,” Belichick said Tuesday in a conference call. “But there’s always been a philosophy in the league — and it?s gone back several decades — of philosophically whether you want to have a catch and a fumble or an incomplete pass. And the philosophy has always been ‘incomplete pass.’ Otherwise, you’d have a million catches and fumbles. I agree with that.

“The catch in the end zone is very clearly stated, so you’ve got to complete a catch. It’s pretty clear. Whether there?s a better way to do that, I don?t know. It?s a tough rule. It?s a bang-bang play. It could go either way, so I think you have to have a philosophy. And whatever philosophy you have, then there will be people on the other side with a different philosophy, and then it really gets back into that whole discussion.

“I think if you’ve got a better way to do it, suggest it and let somebody take a look at it, and we’ll talk about it. I don?t know.”

The ball could be seen moving in James’ hands as he landed on the ground in the end zone. Officials ruled the pass incomplete, and Ben Roethlisberger threw an interception two plays later to seal the win for the Patriots.

Former Patriots executive Mike Lombardi said recently on The Ringer’s “GM Street” podcast that New England players are taught not to extend the ball out toward the goal line or pylon, as doing so leaves it exposed and can lead to fumbles.

Belichick and offensive coordinator Josh McDaniels both confirmed ball security near the goal line is a point of emphasis for the Patriots.

“Yeah, we talk about it,” Belichick said. “We talk about everything that?s football-related, so situations, ball security, all of those things. We go over all of the situations. There are a lot of different ones. They’re not quite all the same, but we cover them and make sure that they understand what we would want them to do in different situations.”

How will Steelers fare without Antonio Brown? >> 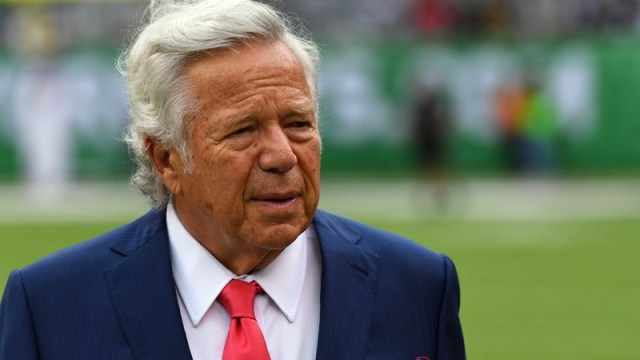 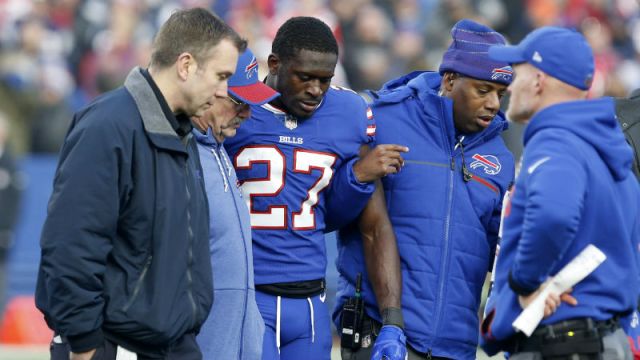