Did you happen to make the fantasy football playoffs on the back of New England Patriots running back Rex Burkhead vulturing touchdowns from Dion Lewis? Congratulations.

Now, after Burkhead’s knee injury, you might be wondering if there’s another Patriots running back to turn to as you try to win gold.

It can be a fool’s errand to try to predict how the Patriots divvy up snaps and touches to their running backs, but this year has been slightly more predictable than normal. Expect Lewis to continue receiving the most carries among a three-headed committee alongside James White and Mike Gillislee. Gillislee almost certainly will be active for the first time since Week 8, when the Patriots play the Buffalo Bills on Sunday.

So, what happens if the Patriots get near the goal line Sunday against the Bills? Lewis likely will receive the touches until the Patriots get 2 or 3 yards shy of the end zone. Then, I would expect Gillislee to get the goal-line carries, as he did in the early weeks of the season when he scored four touchdowns in the Patriots’ first two games.

Lewis only has one goal-line carry within three yards of the goal line this season while Burkhead and Gillislee each have seven.

If Gillislee falters, those touches could go back to Lewis. But don’t be surprised if Gillislee comes out of this game with a touchdown against his former team. The Patriots have shown a hesitance to use Lewis against a goal-line front.

Would it also be a massive surprise if Gillislee pulls a Jonas Gray and goes off for a 100-yard game? Not really.

White might be useful in PPR formats, because he’ll likely take Burkhead’s receiving reps. He’ll almost certainly see a rise in his snaps and production, which has been down this season.

The Patriots will miss Burkhead’s versatility. As former Dallas Cowboys quarterback and current CBS color analyst Tony Romo explained Sunday, Burkhead is a four-down player who contributes as a ball-carrier, pass-catcher and on special teams. Lewis is a similar but smaller player, while White’s value comes in the passing game and Gillislee’s on the ground.

Gillislee’s stock is at an all-time low after being a healthy scratch throughout the second half of the season, but that doesn’t make him a bad player. The Patriots just have four running backs, including Brandon Bolden, more worthy of a spot on the active gameday roster. With Burkhead out, Gillislee will be back and should be effective in his role. 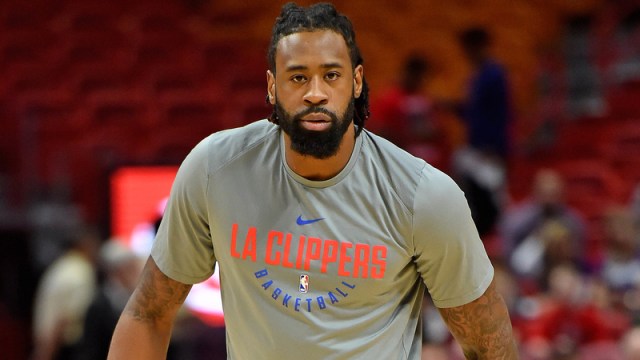 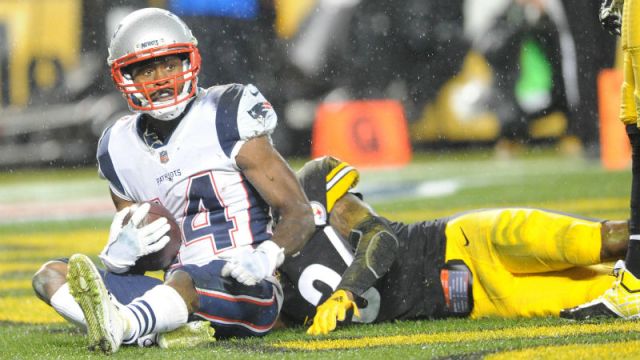 How Patriots Can Clinch Home-Field Advantage In Playoffs This Weekend