There have been several dirty incidents across the NFL this season, in some cases prompting supplemental discipline. But Max Kellerman really was left scratching his head Sunday after Patriots tight end Rob Gronkowski delivered a late hit on Bills cornerback Tre’Davious White in the fourth quarter of New England’s 23-3 win over Buffalo at New Era Field.

Kellerman shared his thoughts on the questionable hit, which earned Gronkowski an unnecessary roughness penalty, on Monday’s episode of ESPN’s “First Take” and made it clear he believed Gronk deserved a suspension for his actions.

“That’s the worst thing I’ve seen all year,” Kellerman said. “It’s the worst foul I’ve seen all year because the play was over, it was a defenseless player and Gronk comes up and hits him hard. How many steps does he take before he hits him hard in the back of the head? In boxing, you can’t hit anyone in the back of the head, it’s called a rabbit punch. Do you know why? Because it’s extremely dangerous. Brain stem injury is extremely dangerous.

“It’s the worst thing I’ve seen all year. Obviously, a suspension — minimum one game and you’ve got to figure out based on precedent how much more than that.”

Kellerman also questioned whether Gronkowski would receive the benefit of the doubt in this case because of his reputation as a fun-loving guy. Perhaps the NFL would come down harder and the public outcry would be louder if the situation involved someone else. On Monday afternoon, the NFL announced a one-game suspension for Gronkowski.

In any event, Kellerman’s colleague, Stephen A. Smith, believed Gronkowski should be suspended for “multiple games” for the controversial hit on White. 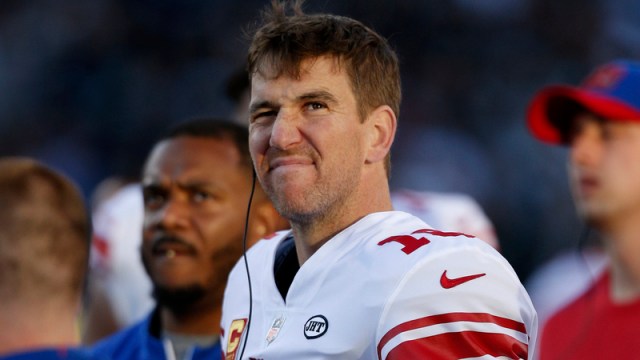 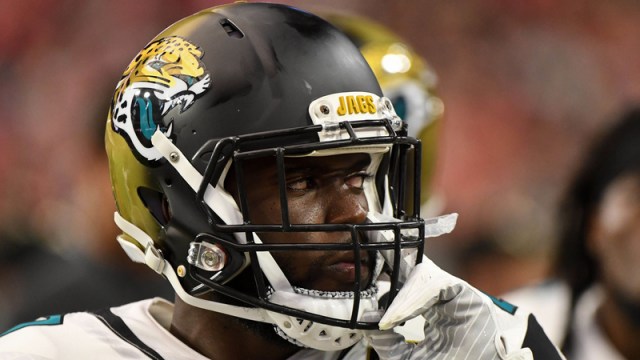 Jaguars’ Leonard Fournette Has No Time For Your Fantasy Football Gripes