We’re not sure if the Cleveland Browns could pull off this level of ineptitude.

The New York Giants fired head coach Ben McAdoo and general manager Jerry Reese on Monday morning. Among the rumored reasons for McAdoo’s firing was how he handled the surprising benching of franchise quarterback Eli Manning.

Well, get a load of this: With McAdoo out of the picture, the Giants plan to start Manning at quarterback over backups Geno Smith and Davis Webb this Sunday against the Dallas Cowboys, ESPN’s Jordan Ranaan reported Monday, citing a source.

Here’s a timeline to recap:

Talk about a train wreck.

As many have pointed out, New York essentially ended Manning’s games played streak for no reason. If the goal was to develop a backup QB amid a lost season, fine, but the G-Men botched that on multiple levels, opting to start Smith — a mediocre signal-caller with four years’ prior experience — over Webb, a rookie, before going back to Manning for a Week 14 game that means absolutely nothing.

If you thought the New York tabloids were bad last week, just wait until Tuesday morning.

Why Stephen A. Smith Believes Rob Gronkowski Should Be Suspended For ‘Multiple Games’ 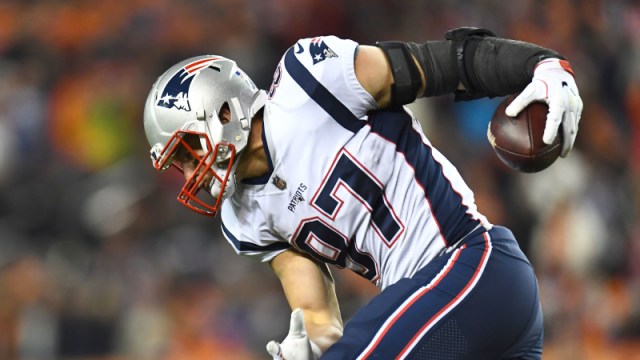