The New England Patriots will close out the regular season and the year 2017 on the same day this weekend, finishing their schedule with a game against the New York Jets on New Year’s Eve.

As the team prepares to turn the page to 2018, let’s look back at the year that was.

A Super Bowl classic
What better place to start than with arguably the greatest Super Bowl of all time — not that any Patriots fan needs a recap of that epic title game.

The Patriots’ celebratory parade through Boston also spawned a new rallying cry for the five-time Super Bowl champions. Say it with us now:

Big names arrive
In a departure from the franchise’s typical offseason M.O., the Patriots made a slew of high-profile roster moves in the months following their Super Bowl title.

They signed former Buffalo Bills cornerback Stephon Gilmore to a massive five-year, $65 million contract. They traded a first-round draft pick to the New Orleans Saints for wide receiver Brandin Cooks. In fact, they traded away almost all of their picks, making just four selections in the 2017 NFL Draft.

They added tight ends Dwayne Allen and James O’Shaughnessy via trade, then swung late-summer deals for defensive end Cassius Marsh and special teamers Johnson Bademosi and Marquis Flowers. They traded away third-string quarterback Jacoby Brissett for wideout Phillip Dorsett. They signed Kony Ealy and Lawrence Guy and Rex Burkhead and Mike Gillislee, creating what appeared to be one of the NFL’s deepest and most talented rosters.

Some of those moves worked out. Gilmore and Cooks have emerged as pillars of the defense and offense, respectively, and Guy, Burkhead, Bademosi and Flowers all have made positive contributions. Others, not so much: Ealy and O’Shaughnessy didn’t make the team out of camp, and Marsh was cut in November. The jury’s still out on Gillislee and Dorsett.

Pats meet Trump
The Patriots became the first championship-winning team to celebrate their title with President Donald Trump when they visited the White House in April. More noteworthy, however, was the list of players who chose not to attend, headlined by longtime Trump buddy Tom Brady.

Aaron Hernandez dies
On the day before the team’s White House visit, a tragic chapter in Patriots history came to an end when tight end-turned-convicted murderer Aaron Hernandez committed suicide in his prison cell. An autopsy revealed Hernandez’s brain showed signs of CTE, prompting his family to sue the Patriots and the NFL for $20 million. Those suits have yet to be resolved.

Brady turns 40
The quarterback’s birthday was a festive affair at Patriots training camp, complete with gallons of avocado ice cream and several live goats. At an age when most NFL players are long into retirement, Brady remains one of the very best in the game at his position. Even following his recent string of interceptions (six in the Patriots’ past five games), he’s the front-runner to win his first NFL MVP award since 2010.

Everybody panic!
Confidence about the Patriots’ chances of repeating as champions quickly turned to concern after New England was run off the field in a season-opening 42-27 loss to the Kansas City Chiefs at Gillette Stadium. The Patriots knocked off the New Orleans Saints with relative ease in Week 2 but needed a last-minute touchdown to put away the Houston Texans the following week and then lost at home to the Carolina Panthers in Week 4.

During that mediocre month, the Patriots boasted a characteristically prolific offense but a defense that ranked dead last in the NFL in points allowed and yards allowed and a secondary that routinely left opposing receivers wide open for massive gains. These issues, of course, would be remedied, as New England reeled off eight consecutive wins after the Panthers loss and went more than two months without allowing 20 points in a game.

Jimmy G’s departure
The Patriots stunned the football world on Halloween when they traded Jimmy Garoppolo — their presumed quarterback of the future — to the San Francisco 49ers for a second-round draft pick. The deal signaled Bill Belichick and Co. truly believe Brady can play into his mid-40s, as it left New England without an heir apparent under center. Garoppolo has looked fantastic for his new club, leading a 1-10 Niners team to four consecutive victories after taking over starting duties in Week 12.

Trainer trouble
Much has been written in recent weeks about Alex Guerrero, Brady’s body coach/business partner who also works with numerous other Patriots players, and his reportedly strained relationship with Belichick and New England’s training staff. (The Boston Globe earlier this month reported Guerrero had been banned from traveling with the team, being on the sideline during games and treating players other than Brady in his Gillette Stadium office.)

The rift would be a bigger deal had the team not traded away Garoppolo, but this is a story that surely will be revisited this offseason as Brady prepares to enter his 19th NFL season.

Gronkowski suspension
The Patriots were forced to play without Rob Gronkowski in Week 14 after a cheap shot against the Buffalo Bills earned the star tight end a one-game suspension — the first of his career. New England lost that game 27-20 to the Miami Dolphins and Gronkowski returned with vengeance the following week, putting together one of the best performances of his career in a dramatic win over the Steelers.

Late-season reinforcements
Just as they were unusually active during the offseason, the Patriots also were more than willing to take chances on several veterans who, for a variety of reasons, had been let go by their former teams. Bennett was one example of this. Wide receiver Kenny Britt was another, as was linebacker James Harrison, who jumped from Pittsburgh to New England with just one game remaining in the regular season.

The opening month of 2018 very well could feature an AFC Championship Game rematch between Harrison’s new team and his old one, as the Patriots and Steelers currently occupy the top two spots in the AFC standings with one game left to play. 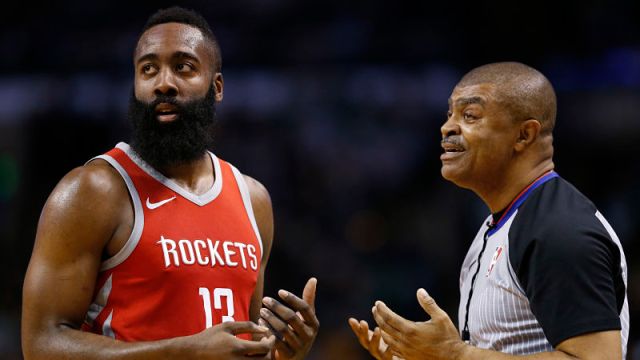 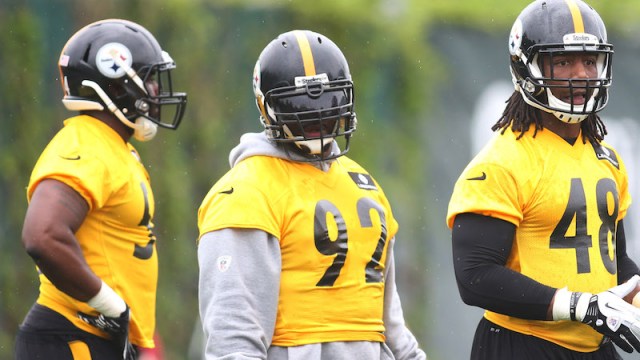