FOXBORO, Mass. — It wasn’t always pretty, but the New England Patriots took another step toward locking up the No. 1 seed in the AFC in Sunday’s 37-16 win over the Buffalo Bills.

Patriots fans understandably were down on their defense well into the third quarter, when Buffalo led 16-13 and were moving down the field with ease. Then the Patriots’ offense hit the turbo button and were off and running, scoring 24 unanswered points in the final 20 minutes and 8 seconds of the game.

The Patriots can locked up a first-round bye thanks to the San Francisco 49ers’ win over the Jacksonville Jaguars. The need the Pittsburgh Steelers to lose one of their next two games to get the No. 1 seed and home-field advantage throughout the playoffs. The Patriots also can earn the No. 1 seed automatically with a win over the New York Jets next Sunday.

Here are this week’s standouts:

RB DION LEWIS
The Patriots are so deep at running back, no one noticed Rex Burkhead and James White were out this week. Lewis carried the ball 23 times for 123 yards and caught five passes for 24 yards.

He scored on a 12-yard screen pass by quarterback Tom Brady in the fourth quarter and again on a 4-yard scamper into the end zone later in the quarter.

Gillislee carried the ball five times for 29 yards with a touchdown. He also added his first reception of the season — a 15-yarder.

Gillislee hadn’t scored a touchdown since Week 2. He had four in his first two games. Prior to Week 16, he was a healthy scratch for six straight games.

TE ROB GRONKOWSKI
Gronkowski made his best catch of the year, hauling in a one-handed, toe-tapping score early in the second quarter.

He finished with five catches on seven targets for 67 yards with the touchdown. He’s been absolutely dominant in recent weeks.

Flowers sacked Bills quarterback Tyrod Taylor twice in the first half. Taylor is a tough guy to bring down, but Flowers is the Patriots’ fastest linebacker.

Flowers led the team with nine tackles and had a tackle for loss in the run game. He also didn’t allow a reception on two targets.

DT MALCOM BROWN
Brown is over 300 pounds but closed quickly on a 15-yard third-quarter sack. On the very next play, Brown stopped Bills running back Mike Tolbert for no gain.

DE TREY FLOWERS
Trey Flowers also had a big game with two tackles for loss in the run game. He also recorded a QB hit with seven total tackles and was in on Malcolm Butler’s strip sack. 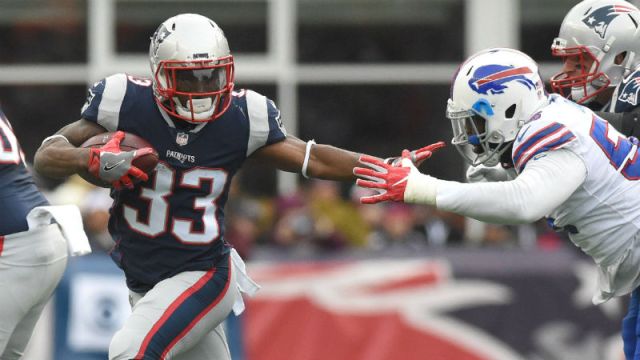 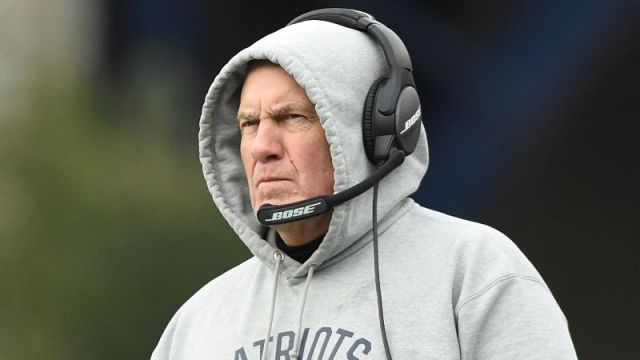