New England Patriots starting right tackle Marcus Cannon will not be returning to the team this season.

Cannon, who suffered an ankle injury in Week 8, was placed on injured reserve Wednesday in a flurry of roster moves announced by the Patriots.

Reserve offensive tackle LaAdrian Waddle took over for Cannon before suffering his own ankle injury in Week 12. Cameron Fleming started at right tackle in Week 13 and 14. The Patriots have Cole Croston as another option at the position.

Freeny was signed last week and helped fill in for injured linebacker Kyle Van Noy. Reedy was signed off the practice squad Dec. 2 and sporadically was used as a punt returner. 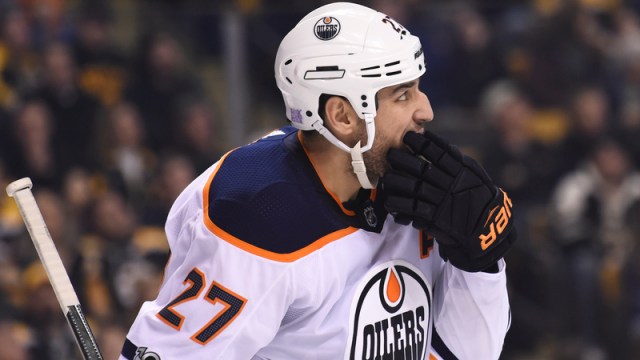 Milan Lucic, Oilers May Have Helped Fan Get Very Drunk Vs. Blue Jackets