— The Patriots are known for having some of the NFL’s best special teams units, and they might have found a gem in Nicholas Grigsby.

Nicholas Grigsby, signed off the Ravens' practice squad this week, with the boom. pic.twitter.com/vwxSv8A4o8

Let?s try this again. It was linebacker Nicholas Grigsby flying down on the opening kickoff. Contacted inside the 15, got helped on the tackle at the 16. #Patriots pic.twitter.com/7DMvk0xDKL

Hands down best #Patriots tackle on Sunday vs the #Bills was a part of the game ya probably never saw cuz the broadcast typically neglects to highlight it…but I?m happy to fill in the cracks! What a TERRIFIC play on kickoff coverage by @Patriots LB #50 Nicholas Grigsby ?? pic.twitter.com/7x0UbVSD3y

“It’s hard to miss,” Slater said. “That guy has delivered some blows out there, no question. He’s been a great addition to us. I think his overall attitude has been tremendous since he’s gotten here. His buy-in has been great. And then physically, he’s really gifted. The size that he has, the power, explosiveness, and to be able to run the way that he does at that size reminds me of a player Tracy White that was here years ago. Similar guys, similar playing style.”

That’s high praise from Slater. White wasn’t a particularly well-known player during his three seasons in New England, but he led the team in special teams tackles in 2010 and ranked second behind Slater in 2011. So far, Grigsby has been credited with four special teams tackles (three solo, one assist) in four games with the Patriots.

“We’re excited to have him,” Slater said. “It fires us up when we see him go out there and lay some bodies down, so hopefully he can keep it up.”

— This Sunday’s game against the New York Jets is expected to be one of the coldest in Gillette Stadium history, with the forecast calling for a high temperature of 14 degrees and a low of negative-6.

That extreme cold won’t change James Develin’s aversion to covered arms, though. The Patriots fullback eschewed long sleeved during Thursday’s 10-degree practice and has every intention of doing so again this weekend.

“That’s just the decision I made when I started playing football when I was little. I just can’t wear sleeves, especially in games. … My wife has (questioned the move), but it’s just a decision I made, and I’ve got to see it through.”

“Same reason women wear less on Halloween,” Bennett said last season when asked why most NFL players wear short sleeves in cold weather. “It’s sexier. It’s cold during Halloween, too, but there’s a lot of sexy cops out there.” 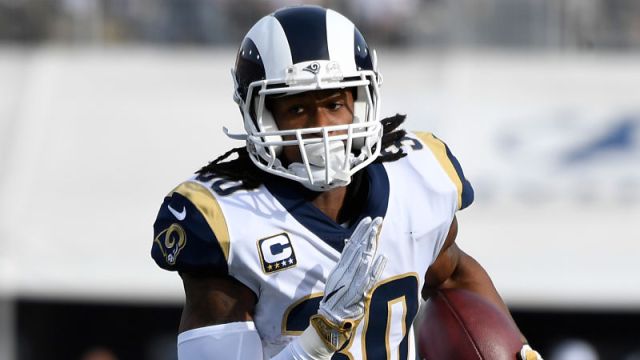 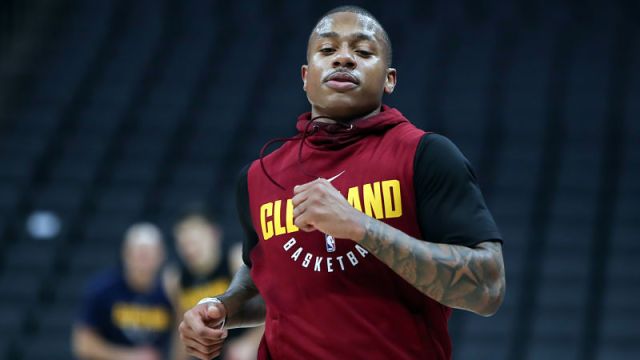 NBA Rumors: Isaiah Thomas Appears Unlikely To Suit Up For Cavs Vs. Celtics