MIAMI GARDENS, Fla. — Some notes and nuggets from the New England Patriots’ ugly 27-20 loss to the Miami Dolphins on Monday night:

— The Patriots’ primetime defeat at Hard Rock Stadium made this Sunday’s road matchup with the Pittsburgh Steelers — already the biggest game on their schedule — all the more crucial.

The Steelers own the best record in the AFC at 11-2 after squeaking past the Baltimore Ravens on Sunday night, and a win over New England would all but clinch home-field advantage throughout the playoffs for them. The Patriots now sit at 10-3, just one game up on the third-place Jacksonville Jaguars.

Keeping that cushion over the Jags is imperative, as the top two teams in each conference receive first-round byes, while seeds three through six must duke it out on wild-card weekend — something the Patriots have not had to do since 2009.

“This time of the year, everybody’s playing for something,” Patriots safety Devin McCourty said. “(The Steelers) just wrapped up their division. They’ll be ready to go — home game, a chance to play another AFC team. They’ll be trying to get another game ahead of us, so we’ll need to flip the page fast and prepare. Especially defensively — we’re going against probably one of the best offensive groups we’ll see all year, so we really need to turn it up.”

A loss to the Steelers would eliminate the Patriots from contention for the No. 1 seed, and if coupled with a Jaguars win over the Houston Texans, it would drop New England all the way to third in the AFC standings.

— After not trailing at any point during their previous five games, the Patriots fell behind 6-0 early and didn’t score their first points until more than halfway through the second quarter.

McCourty said the early deficit “impacted us a little too much.”

“We knew it was a game we wanted to play from ahead, but we’ve got to have the mental toughness that, if it doesn’t the way we want, just keep fighting. … I think this was a good lesson for us to learn. If you don’t get off to good start, we’ve just got to put our head down and keep at it.”

The Patriots’ defense did solidify late in the game, forcing punts on each of the Dolphins’ final five possessions, but the offense was unable to capitalize.

— After New England kicked a field goal to pull within seven points in the game’s final minutes, it attempted an unconventional onside kick.

Rather than booting the ball toward one sideline, kicker Stephen Gostkowski laid the pigskin on its side and kicked it straight down the middle of the field as the coverage team, which lined up bunched between the hash marks, chased after it.

Gostkowski’s kick traveled just 8 yards before a Dolphins player pounced on it, and Miami was able to run out the clock with a few kneeldowns.

LMAOO @ the way he kicked it. pic.twitter.com/L0EO2UKhK0

Patriots coach Bill Belichick was in no mood to discuss the kick after the game, saying simply: “They recovered it.”

— Patriots cornerback Malcolm Butler was on the wrong end of one of Jay Cutler’s three touchdown passes after allowing 5-foot-6 Dolphins receiver Jakeem Grant to outjump him in the end zone.

.@_TheDreamIsHere's first TD reception of his NFL career comes in the third quarter of #NEvsMIA!!

Asked about the play after the game, Butler lamented his lack of aggressiveness, saying he needed to fight harder for the ball.

?I thought I competed well,” said Butler, who was spared from more ignominy when Grant dropped a sure touchdown pass later in the game. “But in that case, competing wasn?t good enough.?

Malcolm Butler said he needed to be more aggressive on the touchdown he allowed to Jakeem Grant: ?I thought I competed well, but in that case, competing wasn?t good enough.? pic.twitter.com/YncftQGU4d

— Dolphins cornerback Xavien Howard caught more passes from quarterback Tom Brady than either Hogan or Brandin Cooks. Howard picked off two of Brady’s throws — bringing his interception total over the past two games to four — while Hogan and Cooks were limited to one catch apiece. 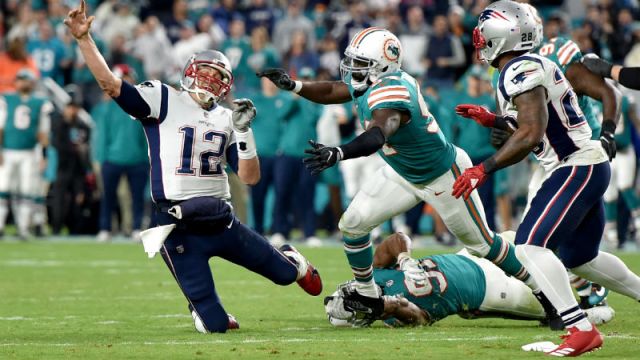 Rob Gronkowski-Less Patriots Were Historically Bad On Third Down Vs. Dolphins 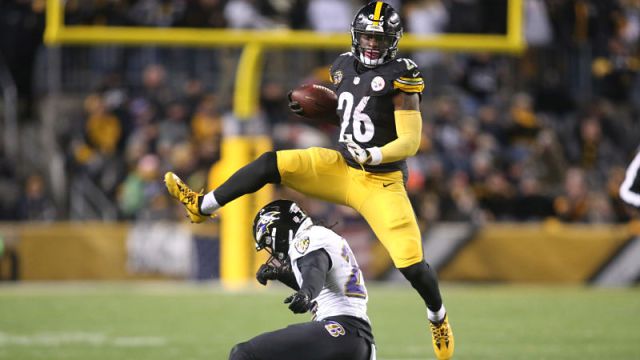