The Pittsburgh Steelers learned that the hard way when, trailing 27-24 with nine seconds left in the game, they snapped the ball, quarterback Ben Roethlisberger bent down to fake the spike, then stood up and attempted a pass to wide receiver Eli Rogers.

Patriots cornerback Eric Rowe got his hand on the ball, and it bounced into safety Duron Harmon’s arms for an interception. Harmon kneeled the ball in the end zone, then Patriots quarterback Tom Brady kneeled the ball from the 20-yard line to drain the clock.

Had Roethlisberger actually spiked the ball from the Patriots’ 7-yard line, we could be talking about a Steelers overtime win, which would have clinched the No. 1 seed for Pittsburgh. Instead, the Patriots won and now are in the driver’s seat for the No. 1 seed in the AFC. Oh, and they also won the AFC East for the ninth straight year and for the 15th time in 17 seasons.

So, what happened on the play from Rowe’s perspective?

“They’re rushing to the ball,” Rowe started. “I just saw the call from the sideline. I was playing the slot, so I didn’t see anybody on the outside. So, I was like, ‘I just need to get out there. I just gotta cover him up.’ I saw Big Ben, like, fake spike it. I’m like, ‘Oh, it’s a fake spike. OK.’ And I just got my eyes back on the receiver.

“I noticed he was running a slant. I was right on his hip, and I don’t think the receiver even thought he was going to throw it to him, because he felt me on him. But I just saw the ball float up there, and I was like, ‘All right, I’m in a good proximity, I can just break it up. Boom.’ Then it got tipped. I thought they caught it. I thought someone behind them caught it, then I was like, ‘Oh my gosh.’ But then it ended up being Duron, and I was just ecstatic.”

Three plays earlier, Rowe had given up a 69-yard catch and run to Steelers wide receiver JuJu Smith-Schuster to allow the Steelers the opportunity to win or tie the game.

“On that long Ju play, I knew he was doing a crosser, and I was on him, but then I got picked off just a little bit by the receiver,” Rowe said. “And then once he broke that tackle, I was like, ‘Oh my god.’ Then I was really mad at myself for letting that happen.

“In my head, I was like, ‘Damn, I just gave up this game by myself.’ Then they scored. Obviously, that made me feel bad. But it got overturned, and I was like, ‘OK, just gotta keep playing.’ Obviously one last play, and I was blessed to make the play.”

Harmon, fittingly, tackled Smith-Schuster to prevent him from getting in the end zone.

But the Patriots’ secondary was fully prepared for Roethlisberger to fake the spike once the Steelers rushed to the line.

“We’ve just seen it on film,” Harmon said. “It helps too that our offense does it, as well, in practice. They help keep us alert. Practice execution turned into game reality. We’ve seen it before. Everybody didn’t panic. Nobody was out there acting like we didn’t know what to do. We just played our rules, played good football, and it turned into a big play for us.”

And the Patriots’ defensive backs knew the ball was going to wind up in the end zone.

“It’s something we talk about when they get back to the ball, getting the call out and just playing,” safety Devin McCourty said. “There are only a couple of routes they can do. It’s either got to be an incomplete pass or a touchdown. You just really want to get on your guy, because if they hold it too long, like tonight, it’s a tough play to make because you can’t take a sack. I think us being alert helped us out a lot.”

Credit obviously goes to Rowe and Harmon for making the play, but also to the Patriots’ coaches to make them alert to it.

“It comes up in our two-minute preparation,” head coach Bill Belichick said.

The Patriots’ offense attempts the play against their defense frequently in practice, which is why they won’t fall for it. 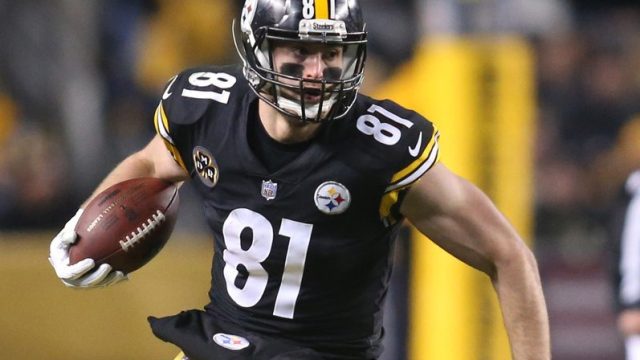 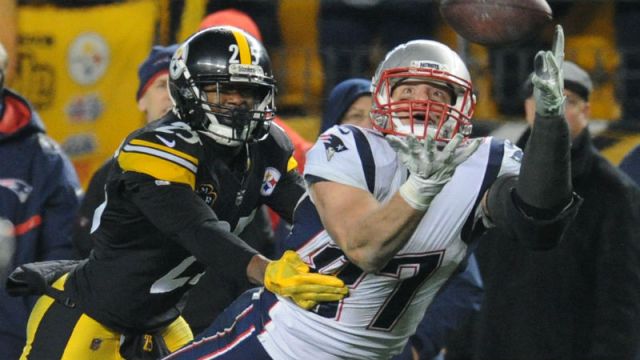