Patriots Vs. Bills Preview: What To Watch For In Week 16 Rematch At Gillette Stadium - NESN.com Skip to content

Three weeks ago, the New England Patriots traveled to Buffalo and easily dispatched the Bills, winning 23-3 at New Era Field. On Sunday, the Bills will visit Gillette Stadium with payback on their minds.

Here’s what to watch for in the AFC East rematch:

THE STAKES
The 11-3 Patriots clinched their ninth consecutive division title last week with a win over the Pittsburgh Steelers. They can clinch a first-round bye and/or home-field advantage this weekend with a win and some help. (More on that here.)

The 8-6 Bills, meanwhile, are looking to maintain their hold on a wild-card playoff spot. Buffalo hasn’t reached the postseason since losing the Music City Miracle game in 1999 — the longest active playoff drought in North American pro sports.

INJURY REPORT
Defensive lineman Alan Branch (knee) and running back Rex Burkhead (knee) both have been ruled out for this game, and eight other Patriots are listed as questionable, including linebacker Kyle Van Noy (calf), wide receiver Chris Hogan (shoulder) and running back James White (ankle). (Full injury report here.)

The Bills have ruled out wide receiver Andre Holmes (neck) and listed five as questionable, including wideout Kelvin Benjamin (knee) and defensive tackle Kyle Williams (groin). Pro Bowl running back LeSean McCoy sat out Friday’s practice but is good to go for Sunday.

PATRIOTS’ OFFENSE VS. BILLS’ DEFENSE
All eyes will be on Rob Gronkowski as the big tight end matches up against the Bills defense he angered with his cheap shot on cornerback Tre’Davious White.

Gronkowski racked up 147 receiving yards on nine catches before that hit — which came in the closing minutes of the fourth quarter and earned him a one-game suspension — then turned in another stellar performance two weeks later, catching nine more passes for a career-high 168 yards against the Steelers.

With Burkhead sidelined, fans can expect to see Mike Gillislee return to action against his former team. Gillislee has been inactive for the last six games and hasn’t played since Oct. 29, but Burkhead’s injury opens up a spot in the Patriots’ crowded depth chart at running back. Expect to see him in short-yardage situations as a complement to Dion Lewis and White.

Gillislee, whom the Patriots signed away from the Bills this past spring, averaged an NFL-best 5.7 yards per carry for Buffalo last season but thus far has not been able to replicate that success in New England.

It also will be interesting to see if the Patriots have Hogan back for this game. The wideout returned from a four-game absence two weeks ago, but he clearly was not 100 percent in New England’s loss to the Miami Dolphins and proceeded to watch the Steelers game from the sideline.

PATRIOTS’ DEFENSE VS. BILLS’ OFFENSE
Even a 93-yard effort by McCoy in the first Patriots-Bills meeting couldn’t jump-start Buffalo’s offense, which had a full-strength Tyrod Taylor under center for exactly one snap.

Taylor suffered a knee injury after being sacked by David Harris on Buffalo’s opening play but toughed it out until the fourth quarter, at which point he finally was replaced by backup Nathan Peterman. The trio of a hobbled Taylor, Peterman and Wildcat quarterback Joe Webb averaged a meager 2.5 yards per pass attempt (85 passing yards total), and the Bills failed to find the end zone in a blowout loss.

The Patriots have allowed 27 and 24 points in the two games since — after surrendering 17 or fewer in each of their previous eight contests — and would benefit from having Van Noy back healthy. New England’s defense has struggled with the linebacker sidelined, particularly against the run.

Ex-Bills cornerback Stephon Gilmore had one of his best games as a Patriot in the teams’ first meeting but struggled against the Steelers, allowing two highlight-reel catches to Martavis Bryant and a 146.4 passer rating against. 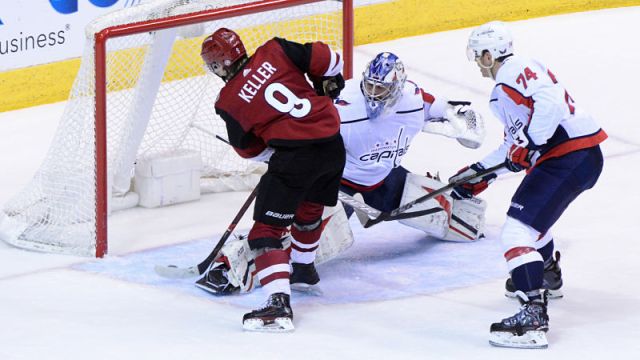