10:09 p.m.: The Texas Rangers are in on Zack Greinke. Texas has been rumored as well to have some interest in its former pitcher Yu Darvish. Bringing Greinke over likely would mark the end of those rumors, however, given the financial commitment that would be involved in bringing over the D-Backs ace.

#Rangers, #Dbacks have had trade talks involving RHP Zack Greinke, according to @Sullivan_Ranger. Clubs have not confirmed. https://t.co/xWhuCkOvqT #HotStove pic.twitter.com/bOBbTXZTb1

9:27 p.m.: The St. Louis Cardinals are looking to add a big bat. They’re gunning hard for Marcell Ozuna, but it sounds far from a slam dunk.

While cards are in on Marcell Ozuna they have company. The dreaded mystery team has entered the picture.

9:25 p.m.: Things are getting busy as night falls, first with the Los Angles Angels trying to acquire Ian Kinsler.

Angels remain in on Kinsler

8:00 p.m.: Appears to be a bit of a reach, but also an indication that the Cardinals are adamant about acquiring a bat with power potential after missing out on Giancarlo Stanton.

#STLCards have spoken with #BlueJays about Donaldson at meetings, sources tell The Athletic. No indication a deal is close. To this point, Jays seemingly bullish about keeping Donaldson, looking to add. GM Atkins mentioned Jay Bruce, CarGo as possible fits to reporters today.

6:10 p.m.: Wade Davis, who served as the Chicago Cubs’ closer last season, is one of the best available free-agent relievers on the market. And it looks like he is beginning to draw the attention of a couple National League teams, including another NL Central squad.

Sources: Cardinals are among the teams in on Wade Davis. They?re prioritizing late-inning help to complement Luke Gregerson signing. Rockies are in on Davis as well as they hunt for a closer.

2:45 p.m.: We haven’t heard much about J.D. Martinez recently, but it sounds like that’s about to change.

Marquee free agent JD Martinez is scheduled to come to winter meetings to meet with at least one team, if not multiple teams, beginning tonight

Many predict he’ll ultimately wind up with the Boston Red Sox, and we’re just speculating here, but maybe they’re the team with whom he’ll meet. Who knows, though?

2:41 p.m.: The St. Louis Cardinals had a deal in place for Giancarlo Stanton before the slugger vetoed the trade and instead opted for New York. So it makes sense, with other Marlins outfielders available, St. Louis would circle back with Miami. And it appears the Cards are the leader in the clubhouse for Marcell Ozuna, who’s coming off a 37-home run season.

2:38 p.m.: If there’s a starting pitcher available for trade, chances are the New York Yankees have been in touch with the team shopping said pitcher.

#Yankees #Cubs among many teams to check in with #Royals about Danny Duffy. No traction seen yet with any team.

2:30 p.m.: Sounds like a lot of boxes will need to be checked if Manny Machado is to be traded this winter. Of course, that makes sense given his contract situation, as he’s set to hit the market following the 2018 season.

#Orioles definitely listening on Machado, but a suitor would have to give up so much for 1 yr of control that it would have to be a club that believes strong chance of signing him after this year. Perhaps #Phillies #stlcards fall into that category, few others.

2:45 p.m.: The Philadelphia Phillies, it seems, are going to do something big … soon. Whether that’s this winter or next offseason, we ‘re not entirely sure, but they sure have been linked to a lot of big-name players the last few days.

Phillies love Machado but there are many hurdles. They?d likely need to extend him to make it make sense (not easy). Also, source says he?d be ?shocked? if phils would part with Sixto Sanchez or Kingery, possible targets.

#Yankees approximately $30M under $197M luxury-tax threshold, sources tell The Athletic. Plenty of room to make other moves, and additional trades would create even more flexibility.

12:35 p.m.: One of the next steps for the New York Yankees is to find a third baseman after trading Chase Headley to the San Diego Padres. Re-signing trade deadline acquisition Todd Frazier makes plenty of sense, but it’s far from a done deal.

Complication with #Yankees/Frazier reunion: He wants multi-yr deal. NYY would want to keep to 1 yr with Andujar close, Machado a fr agt next yr. Frazier loved playing close to home. Wonder if compromise is 1 plus option or 2 yrs?

Count the Rockies, Blue Jays and Rangers – along with Cardinals and Nationals- expressing interest in Marcell Ozuna.

The Marlins are far from done when it comes to shedding payroll, it seems.

Source: marlins are working to trade ozuna and tazawa to get to $85-90M payroll first. Can?t rule out continuing firesale after that but the first thing is to get payroll in order.

11:18 a.m.: Here’s an interesting one: The Atlantic’s Ken Rosenthal is reporting the Baltimore Orioles are shopping third baseman Manny Machado. The wrinkle, according to Rosenthal, is Machado wants to move back to shortstop.

This one will be fascinating to watch, as Machado is set to become a free agent after the 2018 season as part of arguably the most star-studded free agent class in baseball history.

11:15 a.m.: The New York Yankees, it appears, have just gained some financial flexibility.

10:45 a.m.: The New York Yankees, as we mentioned yesterday, still should look to shore up their starting rotation. They have the prospects to make a deal, especially after the Giancarlo Stanton trade potentially could make someone like Clint Frazier available.

The New York #Yankees, trying to swing a trade for a starter, have #Tigers Michael Fulmer and #Dbacks Patrick Corbin on their radar in early talks

10:36 a.m.: Scott Boras has a cozy relationship with Washington Nationals ownership — with 10 clients on last year’s roster — and apparently Boras is going to back to that well. Whether Boras actually sees Washington as a potential destination for Jake Arrieta or he just wants to create a market remains to be seen.

But apparently there’s been dialogue.

Scott Boras is trying to engage the #Nationals on Jake Arrieta, sources say. The Nats already have $385M invested in Max Scherzer and Stephen Strasburg. But that hasn?t stopped Boras from making his pitch to Ted Lerner.

10:26 a.m.: The Texas Rangers missed out on Shohei Ohtani, so now they’re looking elsewhere for pitching help. Just about everyone assumes they’ll look into a reunion with Yu Darvish, but Texas also could address the need through the trade market. The Detroit Tigers are open for business with just about everyone on the roster available, including All-Star starter Michael Fulmer.

Hearing that Rangers have, indeed, been among the teams that have checked in on Michael Fulmer. Not surprising. He checks all boxes, though there is some medical risk. And he?d probably be expensive in trade talks, so lot of complexity to anything getting traction https://t.co/7YnrxFlyX1

10:20 a.m.: The market for free agent first baseman Carlos Santana is looking pretty strong. Cleveland.com reported Tuesday morning the slugger’s agents are in “deep discussions with several teams.” The Indians — who made Santana the $17.4 million qualifying offer — are still in the hunt, according to the report.

8:25 a.m.: Yu Darvish is considered by many as the top starting pitcher on the market, but don’t forget about Jake Arrieta. He certainly would help in the Phillies’ ongoing rebuild.

Phillies are considering Jake Arrieta. Not perfect match since they are a year from possible contention but many of their execs know him well from when they were with the Orioles.

Arrieta is a Scott Boras client, however, and as you’d expect, the price tag is sky-high … or at least the asking price is. ESPN.com cited an MLB executive who said Boras is looking for a $200 million contract for the right-hander. The agent also has said publicly he hopes to secure a deal similar to the one the Detroit Tigers gave Justin Verlander in 2013: seven years, $180 million.

8:15 a.m.: The San Diego Padres haven’t had a winning season since 2010, but they do have some young talent and could be primed for a turnaround in 2018. If you add someone like Eric Hosmer to the mix, that certainly would help those efforts.

The Yankees on Monday officially introduced Giancarlo Stanton, kicking off the annual baseball get-together. Other than that, though, there wasn’t much in way of player movement, but there was no shortage of rumors.

Which brings us to Tuesday. As the Yankees — who came within one game of the World Series — load up, and the two-time defending American League East champion Boston Red Sox wait to strike, the rest of the American League East almost looks ready to start conceding already. There have been rumors about the Baltimore Orioles taking calls on Manny Machado, and the Tampa Bay Rays reportedly are getting plenty of attention centering around ace Chris Archer. Even the Blue Jays could sell off pieces, and former MVP Josh Donaldson likely would be a valuable trade chip.

Meanwhile, in the National League East, the Miami Marlins’ latest rebuild is in full effect, with outfielders Christian Yelich and Marcell Ozuna getting most of the attention.

Hopefully we’ll start to learn more Tuesday. Be sure to keep it right here, as we’ll be combing through the news and rumors to bring you all the latest with instant analysis throughout the day. 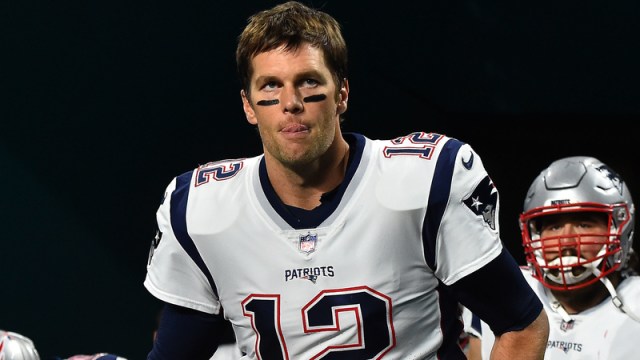 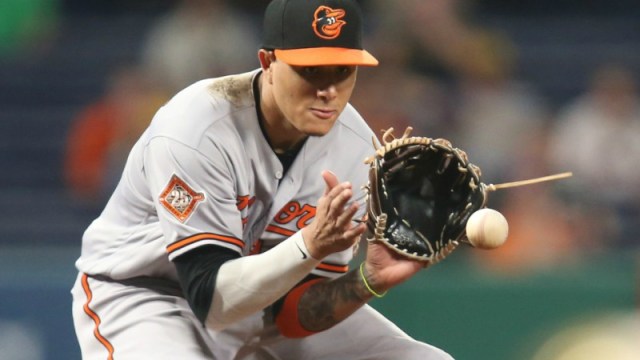