Bill Belichick is known for many things, but laughing isn’t one of them.

Belichick and the Patriots departed for Minneapolis and their Super Bowl LII date with the Philadelphia Eagles on Monday. New England’s head coach was dressed to impress on the flight there, and then during the Opening Night media barrage, one person got him to laugh at what might be the lamest joke on Earth.

Bill Belichick laughed at a joke and might actually be human pic.twitter.com/oGsNcA0am0

“What did the football coach say to the pay phone? I want my quarter back.”

Perhaps the New England media should start trying to soften Belichick up with an onslaught of dad jokes before asking him about injuries. 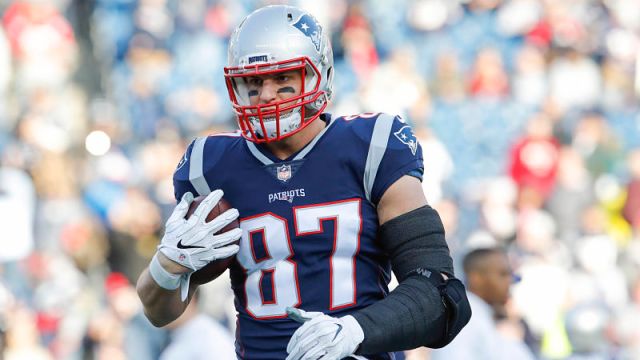