Bruins Notes: Boston Finding Ways To Earn Wins Even When Not On 'A-Game' - NESN.com Skip to content

For 30 minutes of Saturday’s game against the Montreal Canadiens, the Boston Bruins didn’t have it.

The Bruins were careless with the puck at moments and pretty quiet offensively throughout the first period and part of the second, but the B’s were bailed out by the opposition doing the same thing.

However, eventually one team was going to have to take the initiative, and in the back half of the game, it proved to be the Bruins, who dug deep and secured the 4-1 win at Bell Centre, extending their point streak to 16 games in the process.

The underwhelming start could be attributed to many things, but the easy thing to point to is the fact that Saturday’s game was the fifth in a week — with the latter two on the road — and third against the Canadiens.

Over a 16-game point streak, though, not every game is going to be an absolute demolition, even with the refined, top-class hockey the Bruins have been playing for weeks now. But to be able to rally and find a way to score goals and grind out a win is equally (if not more) important than just blasting their opponents.

“We talk about it … all the time, A- and B- games,” head coach Bruce Cassidy told NESN’s Jack Edwards and Andy Brickley following Saturday’s win. “Some nights you’re going to have your A-game, it’s working for you. If not it’s got to be a B-game, you’ve got to be doing something to contribute. And I thought we found it after (the first period), had a good mix, and our top line took over and that was that.”

Of late, there’s also been a test of resilience tucked into these results.

Max Pacioretty potted the first goal of the game at 11:29 in the second period, marking the sixth time in as many games that the Bruins conceded the first goal. While it is a concerning trend to a degree, it is more so encouraging in that Boston thrives even when playing at a deficit. Less than 4:30 after Pacioretty’s goal, Boston had not only equalized, but it also had taken the lead.

Especially with a squad that is placing heavy reliance on youth, that resolve is a positive trend and indicates not only that the young guns are not afraid of the moment, but also that the veteran leadership is doing its part to make sure that’s never on the table.

A good portion of Saturday’s game was not pretty, but more than enough of it was played at a far higher level in order to earn a quality win, and the ability to play like that even when they aren’t at their best will continue to be a huge asset down the stretch.

Here are some other notes from Bruins-Canadiens:

— The Bruins are 9-0-1 when taking a one-goal lead into the final period.

— Boston now has the second-best goal differential in the league at plus-38. The Tampa Bay Lightning are first at plus-46.

— Kevan Miller was sidelined for the third straight game with an illness. 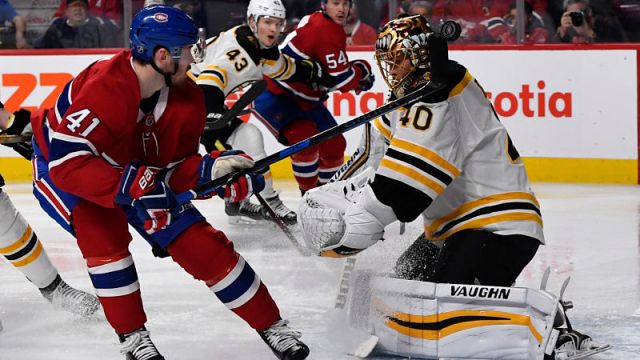 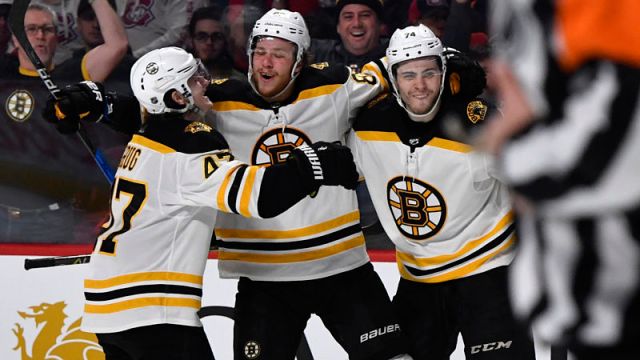