Why Patriots Never Could Have Kept Both Jimmy Garoppolo, Tom Brady In 2018 - NESN.com Skip to content

They just can’t let go of the guy, and this narrative also isn’t going away any time soon. Whenever Garoppolo, who was traded to the San Francisco 49ers before the NFL trade deadline, makes an impressive throw or wins a game throughout the course of his career, those same people will be screaming, “HOW DID THE PATRIOTS LET THIS GUY GO?!”

It’s fine to wonder why New England didn’t get more in return for Garoppolo. A second-round draft pick seemed paltry at the time and might only look worse as Garoppolo’s career continues. But can we stop pretending the Patriots could have held onto Garoppolo and Tom Brady next season?

Franchising Garoppolo would have cost New England around $23 million next season. The Patriots, with an estimated $176 million salary cap in 2018, per Spotrac.com, have just over $17 million in cap space heading into next season.

Before they brought back or signed a single free agent, the Patriots would be $6 million over the salary cap if they franchised Garoppolo.

So, you have to start creating space.

Who has the highest cap hit on the team? Brady at $22 million. That guy’s always willing to take a pay cut to help his team win, right?

Good luck convincing Brady to take less money if you’re just turning around and giving it to the guy who’s going to replace him. Brady takes a discount to build up the team around him, not to shorten his Patriots career.

So, that’s out the window.

The Boston Globe’s Ben Volin suggested the Patriots could cut tight ends Dwayne Allen and Martellus Bennett, wide receiver Phillip Dorsett and linebackers David Harris and Shea McClellin to free up an additional $18 million. That would leave them with $12 million in cap space and only 46 players on their 90-man roster.

He also suggested they could cut wide receiver Brandin Cooks and running back Mike Gillislee. We can’t see Bill Belichick cutting Cooks after giving up a first-round pick for him. Cutting Gillislee would leave the Patriots with James White and James Develin at running back. So, New England either would need to keep Gillislee at $2.4 million or re-sign Lewis or Burkhead for more. That’s a wash at best.

That’s clearly not possible. And if you don’t re-sign or replace those players, then you’re not fielding a competitive roster, therefore wasting Brady’s final years. Plus, your depth is guys like Andrew Jelks, Keionta Davis and Nicholas Grigsby. Who? Exactly.

If you’re wasting Brady’s final years, then there’s no point in keeping the guy around. At that point, you might as well just trade Brady, keep Garoppolo and build for the future.

But that’s the catch: You can’t trade Brady. He likely will be coming off a regular-season MVP and potentially another Super Bowl appearance.

There’s value in keeping Brady around until he proves he’s done.

Would it be the worst collection of players and depth in the Brady-Belichick era? Yes. Would they be able to make any in-season moves? No. Could they fill in depth in case of injuries? No. Would Brady be happy with his backup making more than him? Can’t imagine it.

People will tell you the Patriots could restructure contracts to make it work. But pushing money down the road when you’re about to roll with a quarterback who hasn’t proven he’s willing to take one for the team with a reduced salary is a losing strategy. Ask the New Orleans Saints, who were in cap hell following their Super Bowl win in the 2009 season..

New England thought it was drafting Brady’s heir apparent in Garoppolo, but the timing didn’t work out. So, Belichick had to get rid of Garoppolo or Brady. According to reports, Belichick — the same guy who always wants to cut a player one year too early rather than one year too late — never considered trading Brady, so that option was off the table. So, the Patriots traded Garoppolo.

And for the next 15 years, if anyone tells you the Patriots could have kept both quarterbacks, tell them they’re delusional. If you wanted to keep Garoppolo, you were rooting to trade Brady. 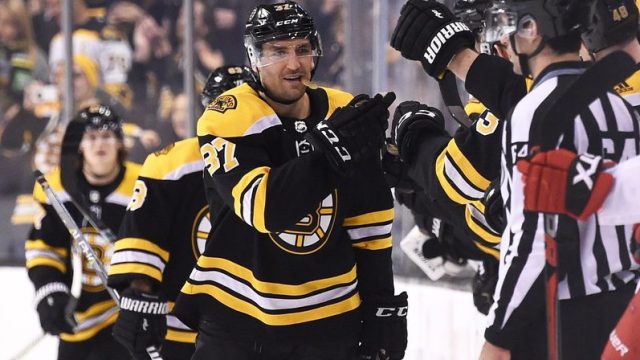 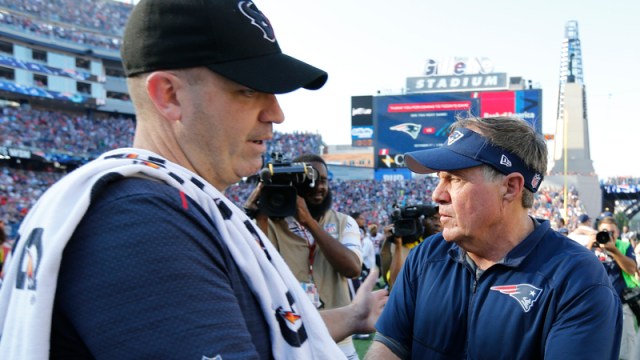