Marcus Smart’s absence could not have come at a worse time for the Boston Celtics.

The 23-year-old sixth man often thrives in games where he gets to put his top-class defense on full display, but instead, his void was apparent as Golden State Warriors star Stephen Curry dropped 49 points in the C’s 109-105 loss at Oracle Arena on Saturday.

Flashback to Nov. 16, 2017, the previous matchup between the two teams, which the Celtics won 92-88. Thanks to stellar guarding on the perimeter from primarily Smart and Terry Rozier, Curry’s 31 minutes on the floor yielded just nine points on 3-for-14 shooting from the field, while going 2-for-9 from 3-point territory.

The obvious reality is the Celtics are a far better team when Smart is able to come off the bench and lock down players like Curry. Even using the two samples from this year as a base of comparison, Curry never would have even had the chance to get up as many shots as he did Saturday if Smart were on the floor, given Smart’s tremendous on-ball defense.

Sure, Smart made an ill-advised decision at the end of Tuesday’s loss to the Los Angeles Lakers by taking a shot at the end of the game he had no business taking. And of course what was more ill-advised was him taking a swing at a picture frame at the hotel and putting lacerations in his right hand shortly thereafter.

But in a weird — and if you’re the Celtics, unfortunate — way, Smart’s importance to the team not only was exposed in Saturday’s loss, but it will continue to get exposed over the next two weeks while he’s out.

The Celtics have been fortunate that they have had a pretty favorable schedule throughout the first half of the season, but things are heating up. Among Boston’s opponents the next two weeks include the Toronto Raptors and Washington Wizards, with both matchups made vastly more difficult with Smart on the shelf.

And should his return come later than expected, Boston has a matchup with the Cleveland Cavaliers on Feb. 11.

While Smart clearly is apologetic and regrets what he did, the true punishment for him — and conversely, the true test for his teammates — is going to come over the next two weeks, with the Celtics set to face seven opponents over 12 days beginning Monday against the Denver Nuggets.

Oh, and five of those matchups come against teams in a playoff position.

Here are some other notes from Celtics-Warriors:

— Irving also notched 15th game of at least 30 points this season, making him one of eight players in the NBA to have at least 15 30-point games.

— After sitting out Wednesday’s game against the Los Angeles Clippers in fear of a concussion suffered Tuesday, Al Horford was found to be concussion free and played Saturday, scoring 15 points and grabbing 13 rebounds. 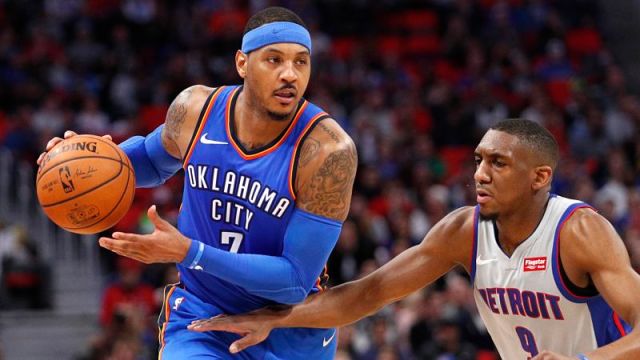