It’s tough to deny LaVar Ball’s marketing skills, but it doesn’t appear he’s at a similar level when it comes to recruiting.

Ball has served as nothing more than a distraction for the Los Angeles Lakers this season, as his loud-mouthed comments about the team have been rather divisive. Most recently, the Ball patriarch slammed Luke Walton and claimed the Lakers coach had lost the locker room.

It’s clear most NBA coaches aren’t very fond of LaVar, but it looks like arguably the league’s best player isn’t too crazy about him either. During a Thursday appearance on FOX Sports 1’s “The Herd,” Chris Broussard suggested that Ball could prevent LeBron James from joining the Lakers in free agency this summer.

“If LeBron is strongly considering the Lakers, they have to understand LaVar would be a deterrent,” Broussard said, as transcribed by The Big Lead. “Now, I haven?t been told that by LeBron or anything, but I?m just saying common sense would tell you LeBron James is not trying to go into all that mess, in the twilight of his career, when all he wants to do is win. The Lakers have to deal with that.”

Ball certainly could push James away from the Purple and Gold, but should the Lakers really be an attractive destination for James anyway? While being in L.A. would be advantageous for James’ brand, it’s tough to imagine the team legitimately contending for an NBA championship, even with James on the roster.

If winning is James’ top priority, and with LaVar continuing to be LaVar, the three-time NBA champion probably should look elsewhere than the Lakers. 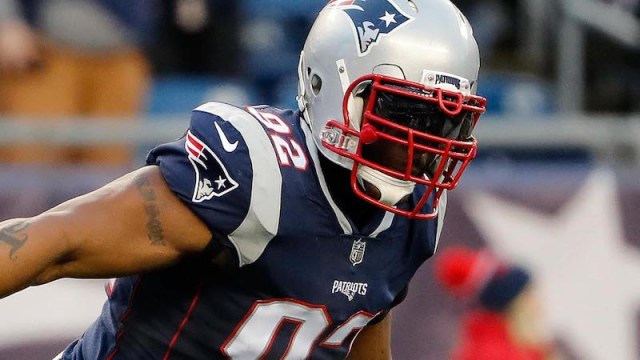 James Harrison Could Be Patriots’ Secret Playoff Weapon Vs. Titans