Let’s get right into it with picks from NESN.com Patriots beat writers Doug Kyed and Zack Cox.

Cox: Brady
Brady probably will end up being the MVP of the entire NFL. He certainly deserves that honor within his own team, despite his dip in production over the final six weeks.

OFFENSIVE PLAYER OF THE YEAR
Kyed: Brady, but I’ll say RB Dion Lewis
I think it’s kind of dumb to have the MVP not also win a player of the year award, but in an attempt to skip repetition, I’ll give this to Lewis over Gronkowski. Gronkowski is unbelievable. He’s unquestionably the best tight end in the NFL and Brady’s best weapon. But Lewis had 596 more all-purpose yards, 26 more yards from scrimmage and two more total touchdowns than Gronkowski while playing all 16 games. He also didn’t drop a pass or let up a single pressure all season.

Cox: Gronkowski
A very strong case can be made for Lewis here, but I?m going with Gronkowski, who led the Patriots in catches, receiving yards and receiving touchdowns despite missing one game with a thigh injury and another due to suspension. He was the only Patriots pass-catcher who consistently could make contested grabs, and outside of Eric Berry, no defender had a chance against him one-on-one. My favorite Gronk stat of the season (other than the fact he finished with exactly 69 catches): All but 12 of his receptions resulted in either a first down or a touchdown.

The Patriots’ philosophy is all about versatility and doing one’s job. Harmon isn’t the most versatile player on the Patriots’ roster, but he does his singular job as good as anyone on New England’s defense. He led the squad with four interceptions and was targeted just nine times in 16 games. He let up five catches for 47 yards, per Pro Football Focus’ charting stats. That’s a 30.6 passer rating. There was no obvious choice for this award.

Cox: FS Devin McCourty
There are a lot of potential candidates for this award but no obvious front-runner. I?ll pick McCourty, who led the Patriots in tackles and probably should have been a Pro Bowler this season, but I could be swayed toward Harmon, Trey Flowers, Patrick Chung or Kyle Van Noy. Malcolm Butler and Stephon Gilmore both had their moments — Gilmore more so — but weren?t consistent enough to warrant consideration here.

ROOKIE OF THE YEAR
Kyed: DE Deatrich Wise
Wise was solid this season, finishing with five sacks, but this one’s kind of by default. His only competition was tight end Jacob Hollister and defensive tackle Adam Butler. Butler wasn’t quite as flashy as Wise.

Cox: Wise
Wise was a streaky player in his first pro season, but he still ranked third on the team with five sacks and second with 19 quarterback hits. He gets the nod over Butler, Hollister and Eric Lee.

MOST IMPROVED PLAYER
Kyed: LB Marquis Flowers
Flowers was a borderline liability against the run earlier in the season when the Patriots first thrust him into a defensive role. He emerged into one of the Patriots’ better and more consistent defenders by Week 17. He finished the season with 3.5 sacks in two games while setting the edge against the run and providing the Patriots with their most athletic linebacker.

Cox: RB Dion Lewis
Kind of an odd pick, I know, since Lewis was awesome in 2015 before he tore his ACL. The majority of his production that year came as a pass-catcher, though. He had just 49 carries for 234 yards. This season, he emerged as a bona fide No. 1 running back for the first time in his career. He almost certainly would have surpassed 1,000 rushing yards if he hadn?t spent the first month buried at the bottom of the depth chart — he finished with 896 on 180 carries — and he was one of just four Patriots skill players (along with Brady, wide receiver Brandin Cooks and tight end Dwayne Allen) to play in all 16 games. That?s no small feat for a guy who?s lost more than two full seasons worth of games to injury in his career.

BIGGEST SURPRISE
Kyed: Acquiring James Harrison
Yeah, no one saw this coming, even days before it happened. The Steelers cut Harrison on a Saturday, and he was expected back in Pittsburgh the following Monday. Instead, Harrison signed with the Patriots the next Tuesday then had two sacks, a forced fumble and five tackles five days later.

Cox: Eric Lee
Can I choose ?the Patriots signing James Harrison? for this? No? (Editor’s note: You could have. Doug cheated and did.) Fine, I?ll go with Lee, the former Buffalo Bills practice-squadder who tallied a sack in his Patriots (and NFL) debut, had the game of his life the following week and then played every single defensive snap the week after that. It was an incredible rise to prominence for a player the vast majority of Patriots followers likely hadn?t heard of a week before he was signed.

BIGGEST DISAPPOINTMENT
Kyed: DT Alan Branch
Re-signing Branch was one of the Patriots’ priorities over the offseason, but he provided very little, playing in just 12 games with a healthy scratch.

Cox: Branch
You can?t blame the big man for missing the final three games with a knee injury, but even when Branch was healthy, he wasn?t nearly as effective as he was last season. He finished the year with just 12 tackles (down from a career-high 49 in 2016) and two run stuffs (down from a career-high eight). The Patriots were fortunate the Lawrence Guy signing worked out and that Ricky Jean Francois has looked good in his limited action.

PLAY OF THE YEAR
Kyed: Gronkowski’s off-the-shoe-tops catch against the Steelers
Gronkowski’s final offensive drive in Pittsburgh could go down as the play of the year for the Patriots, but the catch he made when Brady threw just above his shoe tops was especially remarkable.

Cox: Harmon?s game-clinching interception in Pittsburgh
Harmon end-zone interception — which resulted from an Eric Rowe pass breakup — capped one of the wildest NFL finishes in recent memory and all but locked up the top seed in the AFC for the Patriots. Side note: If we had a ?Drive of the Year? category, Gronkowski?s demoralization of Steelers safety Sean Davis on the previous series would be the runaway winner. 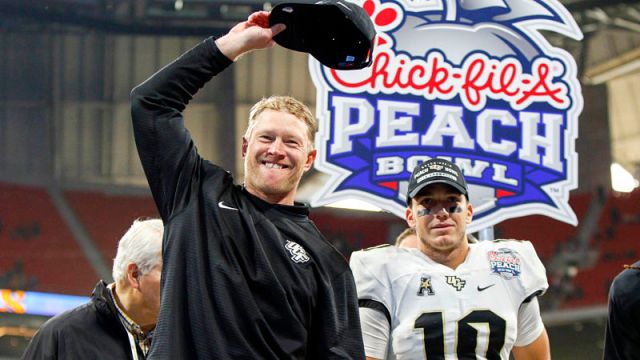 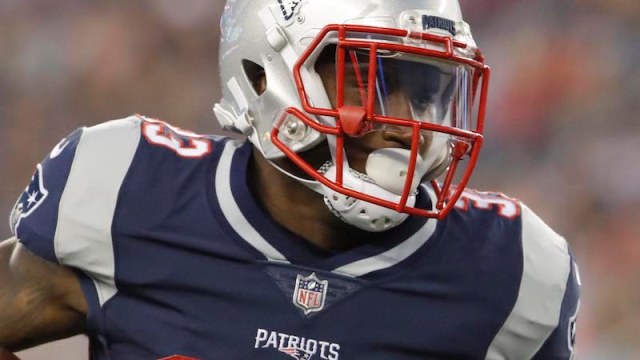