Patriots Offense Primed To Finally Be Back Near Full Strength Saturday - NESN.com Skip to content

The upside of the 2017 New England Patriots offense took a major hit in late August when wide receiver Julian Edelman suffered a torn ACL in a preseason game against the Detroit Lions.

It lessened further last month when starting right tackle Marcus Cannon went to injured reserve with a lingering ankle injury. Outside of those two players, the Patriots’ offense could be at full strength for the first time all season Saturday against the Tennessee Titans.

Rex Burkhead suffered a knee injury in Week 15 against the Pittsburgh Steelers, but the running back’s original reported timetable had him back in time for the playoffs.

Wide receiver Chris Hogan suffered a shoulder injury in Week 8, came back in Week 14 at less than full strength and has been out since. He was one of the Patriots’ practice players of the week leading up to the team’s season finale, however, indicating he’s close to full strength.

Running back James White has missed the last two weeks with an ankle injury but never missed a practice, seemingly indicating it’s not a very serious injury.

The Patriots also could get wide receiver Malcolm Mitchell back for the playoffs. He made a comeback at practice two weeks ago and needs to be activated within 21 days of that return. He was placed on IR before the Patriots’ regular-season opener after being a rookie standout in 2016.

Getting healthy is one of the many perks afforded to the Patriots by the first-round bye. It’s possible Burkhead, Hogan, White or Mitchell wouldn’t have been ready, or as ready, in the wild-card round. It’s at least more possible they play in the divisional round after the week off.

Another benefit? Quarterback Tom Brady has a better shot at being 100 percent recovered from Achilles and left shoulder injuries. Brady hasn’t totally looked like himself since being placed on the injury report with an Achilles injury prior to Week 12. He threw six of his eight interceptions this season in that span and 10 of his 32 touchdowns.

If Brady is 100 percent healthy, and if he has his full arsenal of weapons, it’s going to be nearly impossible for the Titans, who are 13-point underdogs, to beat the Patriots on Saturday. 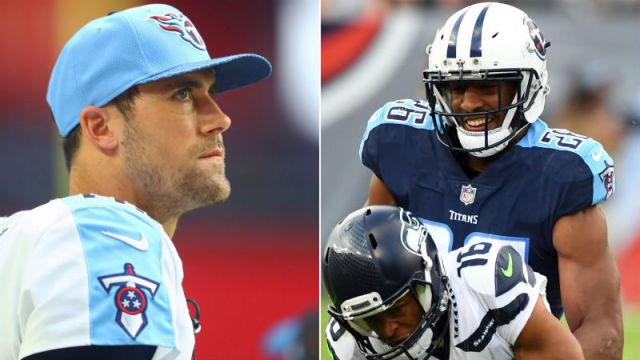 Patriots’ Divisional-Round Game Will Be Reunion For These Titans Players 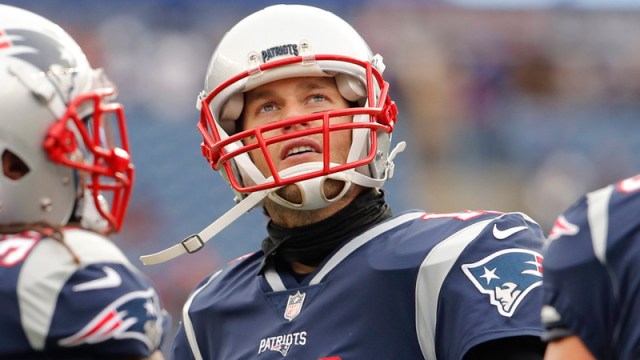