FOXBORO, Mass. — New England Patriots cornerback Stephon Gilmore is having a lot of fun. And why would he be?

Gilmore signed a five-year, $65 million contract over the offseason and is coming off a 35-14 win over the Tennessee Titans in his postseason debut.

Here’s his reaction to playing his first playoff game:

“It was fun. It?s always fun when you win, but we were making plays out there and having fun with each other. We were amped up a little bit more in the playoffs and it was fun.”

On top of having fun, Gilmore also is playing extremely well. He was targeted by Titans quarterback Marcus Mariota just four times, and he didn’t allow a single catch while breaking up two passes. The postseason seems to suit Gilmore well.

Here’s our full list of takeaways from the Patriots’ divisional-round win, which vaults them into the AFC Championship Game against the winner of Sunday’s Jacksonville Jaguars-Pittsburgh Steelers matchup:

PASSING ATTACK
— Tom Brady completed 35 of 53 passes for 337 yards with three touchdowns. Of his 18 incompletions, three were drops, two were throwaways, one was batted at the line and one came as he was hit while throwing. His 77.6 accuracy percentage was the second highest of Saturday’s divisional-round games, behind Nick Foles’ 82.8 percent.

— Running back Dion Lewis didn’t have any drops during the regular season but did drop a pass Saturday. James White dropped two passes.

— Wide receiver Danny Amendola was targeted on 30.6 percent of the passing snaps where he lined up in the slot. He had a 90.9 percent catch rate out of the slot.

RUNNING GAME
— Lewis forced two missed tackles on 24 touches and averaged 2 yards after contact. Lewis’ advanced stats didn’t pop, but he had a monster game with 141 total yards from scrimmage.

— Waddle left the game with a knee injury. Cameron Fleming replaced him and didn’t allow a pressure on 22 pass block snaps. Patriots running backs and tight ends also didn’t let up any pressures.

— Brady wasn’t sacked in the game. He did a nice job of evading the pressure his blockers did allow.

— Grissom was extremely productive in limited time. It obviously helped that the Patriots knew the Titans would be throwing while Grissom was in the game in garbage time.

— The Patriots set a franchise postseason record with eight sacks. It was by far their best pass-rushing performance of the season.

— Wise, Flowers, Butler, Van Noy and Flowers all have high upside as pass rushers. If they can continue producing like they did Saturday night, the Patriots’ defense will continue to dominate.

— Jean Francois had the fastest sack, taking down Mariota just 3.43 seconds after the snap.

— Butler had the toughest game of any Patriots player. He allowed both Titans touchdowns.

— Rowe was targeted heavily but more than held his own. His tackling stood out as a positive.

— The Patriots’ key to defensive success was limiting Titans running back Derrick Henry to just 28 yards on 12 carries. The Patriots dared the Titans to throw, and Marcus Mariota couldn’t outduel Brady. 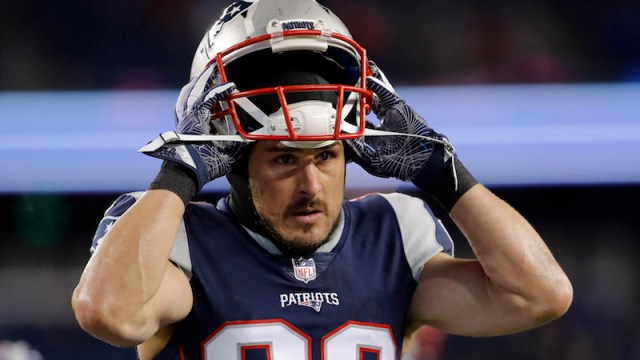 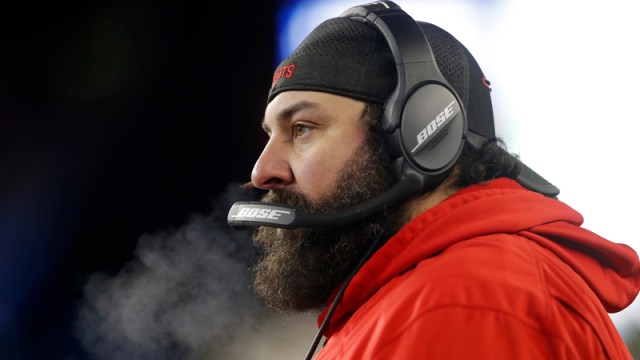