The New England Patriots will play the Jacksonville Jaguars next Sunday in the AFC Championship Game after the Jags topped the Pittsburgh Steelers 45-42 at Heinz Field on Sunday.

But Rex Ryan believes the Patriots would rather have seen the Steelers show up in Foxboro, Mass., next week.

The former New York Jets and Buffalo Bills head coach discussed the potential matchups on ESPN’s “NFL Postseason Countdown” on Sunday, and he noted he believes the Patriots would rather face the Steelers’ style of defense as opposed to the physical pass rush of the Jags.

“They run the same defensive system in Pittsburgh,” Ryan said when discussing the Patriots’ 35-14 win over the Tennessee Titans. “That’s why I’ve always said I’m not so sure that they (Patriots) don’t prefer to play Pittsburgh, as crazy as it sounds. Pittsburgh is a better team than Jacksonville. But Jacksonville has a phenomenal defense that can match you up man coverage wise, they can run with those running backs, and you know they got a tremendous pass rush. So the defense, check the box for Jacksonville as the better defense.

“Now offensively it’s hard for me to say that New England’s afraid of Jacksonville when you got Blake Bortles back there, so I’m not real sure about that one. But that’s why I say they (Jaguars) may matchup a little better than Pittsburgh.”

This isn’t the first time that Ryan has said the Jags are the biggest threat to the Patriots, as the ESPN analyst previously stated the Jags’ pass rush would give New England fits in the postseason.

But Ryan also put the Patriots on “upset alert” against the Titans, and we all saw how that worked out. 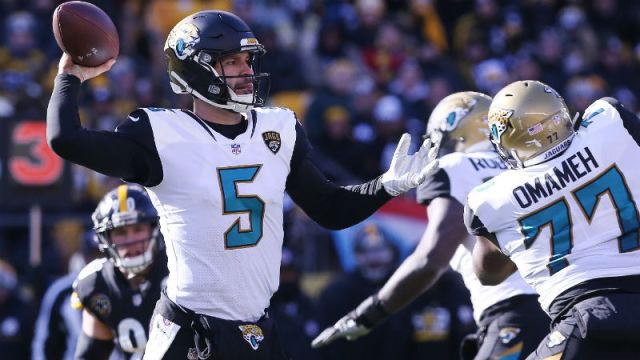 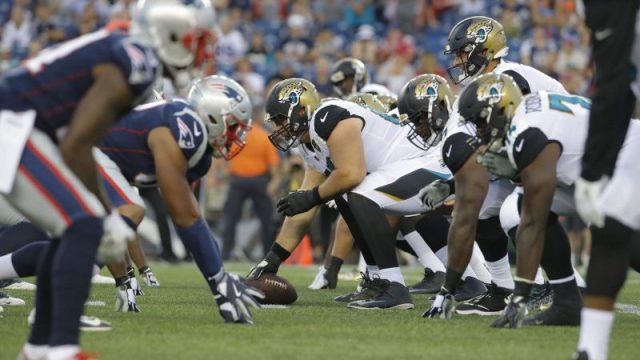 Patriots Should Win AFC Championship Game, But Jaguars Are No Cakewalk