The Cleveland Cavaliers are in need of a makeover after losing 10 of their last 13 games. After being adamant about not changing the Cavaliers’ starting lineup, head coach Tyronn Lue has decided that a change is necessary.

“I’m going to make a change,” he told ESPN after the Cavaliers’ 114-102 loss to the San Antonio Spurs on Tuesday.

Lue did not specify the change, but one can assume that Eastern Conference All-Stars Lebron James and Kevin Love will remain in the starting lineup. That leaves space for a lineup swap for Isaiah Thomas, Jae Crowder and J.R. Smith.

Some would suggest bringing Thomas off the bench, as he has struggled on both ends of the floor since returning from injury. Thomas is shooting a career-worst 37 percent as a starter this season, and the Cavaliers have allowed 100 points in seven of the eight games he has played since his return to the lineup on Jan. 2.

Defense is the main issue for the Cavaliers as their roster contains three different lineups in the bottom 25 in defensive rating. Tristan Thompson could get the call off the pine for Lue, as he was effective as the Cavs’ starting center last season. Clevland elected to move Thompson to the bench before this season in order to go smaller.

Thomas and Crowder started more than 70 games for the top-seeded Boston Celtics last season, and Smith has made it clear that he prefers to be a starter. With the recent locker room turmoil, there is a high likelihood one of these players will feel slighted at coming off the bench. 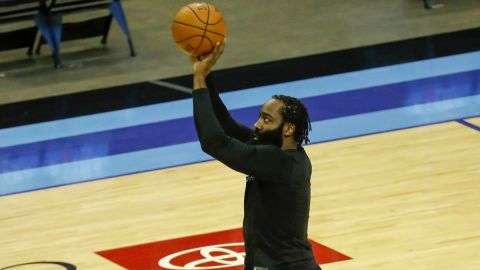 If These Actually Are NBA’s 2021 All-Star Jerseys, We Don’t Want Them