The sports world collectively was shocked when Kyrie Irving asked to be traded from the Cleveland Cavaliers over the offseason.

Draymond Green, however, didn’t bat an eye it appears.

Shortly after Irving’s request, the Cavaliers dealt him to the Boston Celtics in a blockbuster deal. Irving reportedly was tired of playing in LeBron James’ shadow and coveted a true franchise player role on another team. Green, a fierce competitor in his own right, apparently is well aware of Irving’s drive.

“No, I wasn’t surprised at all actually,” Green told Bleacher Report. “Just because I know the type of person he is. He wants more.”

While we can try to speculate the exact reason why Irving wanted out of Cleveland, it’s doubtful we ever will find out. The Celtics point guard has been relatively mum on the situation, not wanting to dwell on the past. And as Stephen Curry explained, Irving doesn’t need any outside validation for his decision.

“At the end of the day, it’s nobody’s responsibility to understand it but Kyrie’s, and that’s what I respect the most,” Curry said. “Everybody’s fans (of them both) and can hype up the history of him and LeBron and Cleveland. At the end of the day, grown men make grown-men decisions and do what they feel like is right for their life.”

We doubt Irving has any regrets, as the Celtics have sat atop the Eastern Conference standings for the majority of the season, while the Cavaliers continue to crumble. 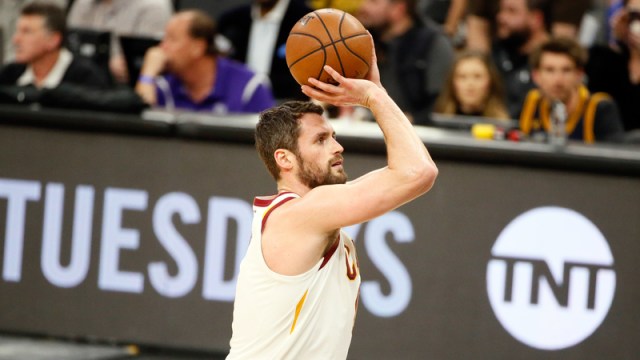