Isaiah Thomas Says Cavs Have 'No Trust' After Blowout Loss To Rockets - NESN.com Skip to content

Despite the Cleveland Cavaliers’ struggles, many believe their superior talent ultimately will lead them to the NBA Finals. The NBA, after all, perhaps is more star-driven than any other professional sports league.

But as the Cavs’ disappointing season drags along, it’s become evident their chemistry issues might prove too great to overcome.

Cleveland suffered a brutal 120-88 loss to the Houston Rockets on Saturday, dropping the Cavs to seven games back of the Eastern Conference-leading Boston Celtics. And after the blowout defeat, point guard Isaiah Thomas — who has been at the center of many of Cleveland’s problems — called out the Cavs’ glaring trust issues.

Here’s what Thomas had to say, via ESPN.com:

“We’re not together on both ends. There’s a lot of one-on-one on the offense end, maybe because we don’t trust each other. And then on the defensive end, it’s the same thing. Guys are put on islands and there’s no trust. I mean, if you don’t trust something … I don’t know. I think it has a lot to do with trust on both ends.”

Thomas’ comments aren’t particularly surprising, given all the negative vibes emanating from Cleveland’s locker room lately. Still, when you have a player like LeBron James, you’d think the supporting cast would fall in line and put their faith in him.

It’s looking more and more like the Eastern Conference is wide open for the first time in years, though. 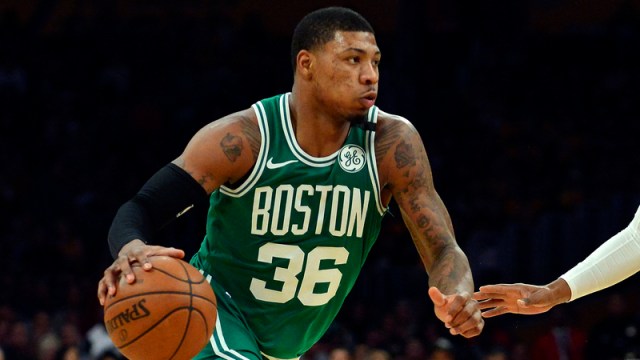