The Boston Red Sox’s shiny new car has made it into the driveway.

The Red Sox officially introduced J.D. Martinez to reporters in Fort Myers, Fla., on Monday morning, shortly after (finally) signing the free agent slugger to a five-year contract. Expectations are high for Martinez, who is coming off a 45-homer, 104-RBI campaign in 2017 and will be called upon to inject much-needed power into Boston’s lineup.

So, what’s the new guy like? Red Sox president of baseball operations Dave Dombrowski, manager Alex Cora and Martinez’s agent, Scott Boras, joined the newcomer for a 25-minute press conference that hit on a number of interesting subjects, including where Martinez might bat in the lineup and what he thinks of playing at Fenway Park.

Here are the biggest takeaways from Monday’s session:

— The delay on Martinez’s official signing involved a medical issue and some last-minute contract reshuffling.
Dombrowski and Boras shed some light on why it took a few extra days to complete Martinez’s deal, and you can read their comments here.

— Martinez expects to play both designated hitter and outfield in Boston — and admits the former might take an adjustment.
“I’ll continue to do the same routine I’ve been doing, whether it’s DHing or playing the outfield. That was part of the deal coming in, knowing I am going to play the outfield and I am going to DH at times, too.

“… I think the challenge of DHing is going to be learning the routine and to stay loose and stay warm and kind of be ready for it. But it definitely could be a positive thing.”

Martinez has been an outfielder for the majority of his career, DHing in just 38 games prior to this season. He figures to get plenty more experience at DH in 2018, though, as Andrew Benintendi, Jackie Bradley Jr. and Mookie Betts are expected to constitute the starting outfield.

— Here’s how Cora plans to use Martinez in the lineup:
“He’ll be in the 3 or 4 spot. This is a guy that not only can hit homers but has ability to hit for average, too. The way he barrels balls … he’s not only a home run hitter. He’s a complete hitter. He’s a guy that you put in the middle of the lineup — you’ll probably hit him third and he’ll hit in the first inning. He’ll be in one of those two spots.”

— And his thoughts on Martinez playing DH versus outfield:
“We?ll talk about it later on. I know he?s versatile enough that we can make this work. There?s going to be at-bats for everybody and we?re going to use him the right way. He?s going to be terrific.”

— Cora also wants Martinez to play a leadership role in the Red Sox’s young clubhouse.
“What he brings in that clubhouse, the way he prepares — I’m looking forward for him to connect with players, help the young players. He did an outstanding job last year with the D’backs, and that’s also something he’s going to bring as far as preparation and using information.

” … He’s willing to share information, so that’s going to be an asset for us.”

— Martinez used an interesting analogy to describe his expectation of playing at Fenway Park.
“It’s almost like — football has Monday night, and they say every night at Fenway is like ‘Monday Night Football’ over there. So, I’m excited. To play in front of fans that are just as passionate and love it just as much, it’s exciting.”

— Martinez sounds very excited about how he’ll fit in the Red Sox’s lineup.
“I?m expecting hopefully to do a lot of damage. That?s the game plan coming in. But as far as the Red Sox lineup goes, it’s a strong lineup, it’s a good lineup. I?ve been looking at them, checking them out, obviously playing against them in Detroit. They?re guys with a lot of speed, guys who get on base, guys who really move around the bags and produce runs very quickly, and I?m happy to be a part of that now.? 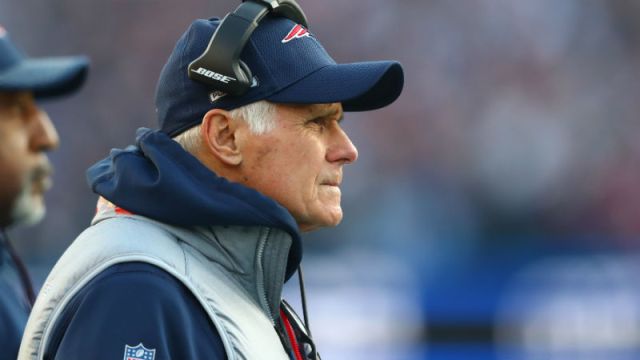 NFL Rumors: Dante Scarnecchia Expected To Remain With Patriots In 2018 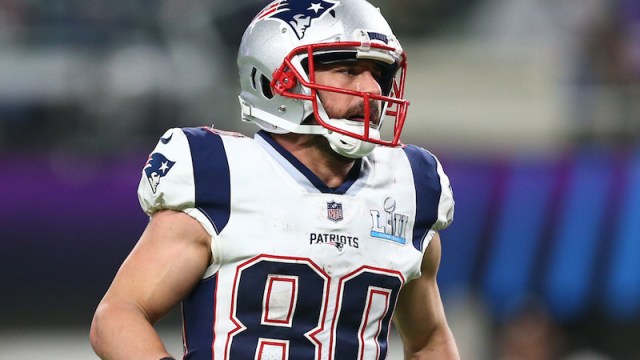