The New York Jets linebacker was arrested and charged with driving while intoxicated and reckless driving early Monday morning, according to the New York Post’s Larry Celona and Tina Moore.

Donahue, 25, allegedly was driving the wrong way in the Lincoln Tunnel, which connects Weehawken, N.J., and New York City and runs under the Hudson River, when he caused a car accident in which four people suffered minor injuries.

A source told Celona and Moore that Donahue, whom the Jets refer to as “Wild Man,” had a blood-alcohol level of .15 and failed sobriety and breathalyzer tests. He also reportedly bragged during his arrest about playing for the Jets.

The old saying “it’s the quiet ones you have to watch out for,” is wide of the mark in this case. It’s often the wild ones that cause the biggest problems. 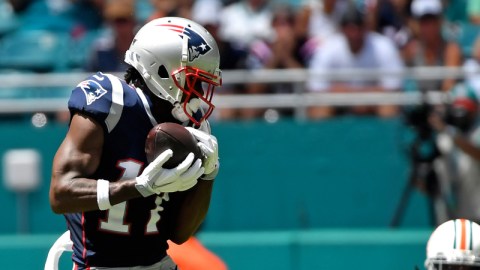