Josh McDaniels Just Put A Ton Of Pressure On Himself With Colts Flip-Flop - NESN.com Skip to content

If all goes well, Josh McDaniels seemingly has set himself up for years of success with one of the NFL’s elite franchises.

But if things don’t break the right way, he’ll instead ensure his spot atop a list of great coordinators who couldn’t cut it as head coaches.

McDaniels has to be one of the most patient men in the NFL. As New England Patriots offensive coordinator, he’s viewed as one of the masterminds behind the league’s top offense, making him a perennial candidate for head coaching vacancies.

He seemingly found the latter with the Indianapolis Colts, a rebuilding team with optimism for the future hinging on the hope that franchise quarterback Andrew Luck will soon return and reclaim his standing among the NFL’s best young QBs.

McDaniels’ new gig lasted just a few hours, though, as he shockingly changed his mind and decided to return to Foxboro.

It’s surely a calculated decision for McDaniels, who probably got assurance he’d be next in line for Belichick’s job. It’s hard to pass up that opportunity. But he’s risking a lot in the process.

Tuesday night’s about-face might make him untouchable for future openings, at least in the short term. He could be the greatest play-caller in the world, but he just left an entire organization and a blossoming coaching staff high and dry. If he’s capable of changing his mind that quickly once, isn’t he capable of doing it again? It’s not like there’s a shortage of great football minds out there, either, as Doug Pederson and the Philadelphia Eagles proved this season.

And remember: McDaniels’ first head coach job was a bit of a tire fire. The Denver Broncos fired him before the end of his second season, and his Denver tenure was marred with controversy and questions about his ability to work well with others. Teams around the league clearly got over that, but maybe this decision makes clubs apprehensive again.

McDaniels, it seems, is putting a lot of stock into whatever assurances he’s gotten from Belichick and the Patriots. Maybe the plan is for Belichick to coach one more year before McDaniels takes over. Maybe it’s two. And while Belichick is getting up there in age — he’s 65 — he just led his team to yet another Super Bowl. He can still coach, but as he proved with the New York Jets debacle, he’s someone who can change his mind from time to time. What if he decides to stay longer than he promised? That certainly would test McDaniels’ patience, no?

And when Belichick does finally move on, McDaniels is going to have some massive shoes to fill, as NFL history hasn’t been kind to those who follow legends. The Packers went to the playoffs twice in the 24 seasons between Vince Lombardi and Mike Holmgren. The Dolphins have three playoff wins since Don Shula retired in 1995. It’s not impossible, as Bill Cowher and Jimmy Johnson proved with the Pittsburgh Steelers and Dallas Cowboys, respectively, but it’s really hard to follow legends.

But we haven’t even discussed the most important factor here: What does the future hold for Tom Brady? The Patriots quarterback literally is battling time, and he seems to be winning, for now at least. But eventually, not even the great Brady will be a match for Father Time. You could argue no one has done more for McDaniels’ career than No. 12 — so what kind of coach will he be when he doesn’t have Brady under center?

Oh, and Patriots owner Robert Kraft turns 77 in June. How long will he be calling the shots at Patriot Place? That’s another impending hurdle McDaniels might have to clear.

We’ll learn the answers to these questions in the coming days, weeks, months and even years. And maybe this decision is  rooted in the best long-term interests of McDaniels’ family. That’s fine. Maybe he’s betting on himself, too. That’s also fine.

But the pressure is on. 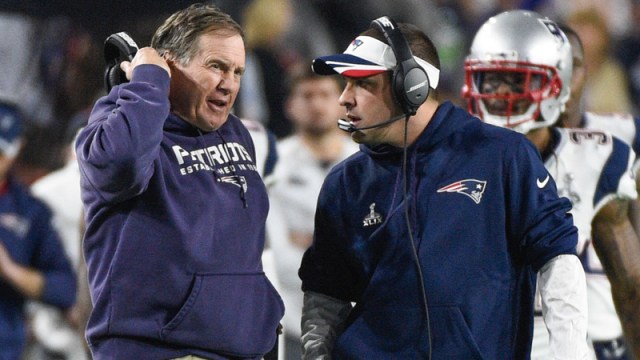 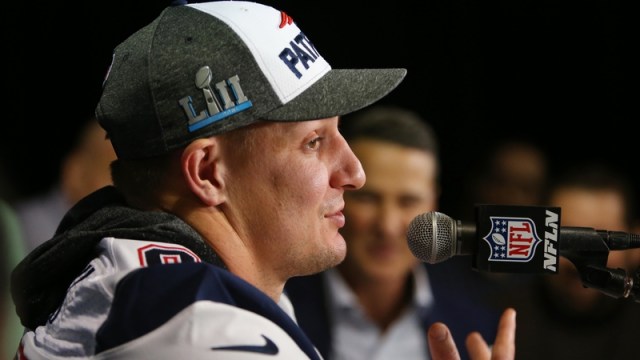