Star center Patrice Bergeron left Air Canada Centre with a boot on his right foot after the Bruins’ controversial 4-3 loss to the Toronto Maple Leafs, according to multiple reporters, including NBC Sports Boston’s Joe Haggerty. Despite the injury, Bergeron remained on the ice during the game’s final moments.

The good news is that he was walking out under his own power & that he played like his usual brilliant self in 19:15 of ice time. The bad news is that the Bruins play less than 24 hours later with a 5 pm Sunday game vs. the Sabres. No extra forwards w/the B's right now https://t.co/HPVf0eVuc3

Bruins fans understandably were worried about Bergeron’s status, as the 32-year-old is in the midst of an MVP-caliber season.

But multiple reports surfaced Sunday morning indicating Bergeron’s injury isn’t too serious, and that he could play Sunday night against the Buffalo Sabres.

Hearing as of last night @NHLBruins Patrice Bergeron injury wasn?t considered serious. He was scene leaving rink with in a walking boot for precautionary reasons. He will be re-evaluated again today @NHL

Patrice Bergeron is considered by BOS to be a game-time decision tonight.

The Bruins likely will be cautions with their top-line center, as they can ill-afford to lose him for any significant amount of time.

Still, with Boston acquiring Rick Nash in a trade with the New York Rangers on Sunday, fans understandably would love to see the new-look Bruins in their entirety as soon as possible.

Why acquiring Rick Nash is a home run for the Bruins >> 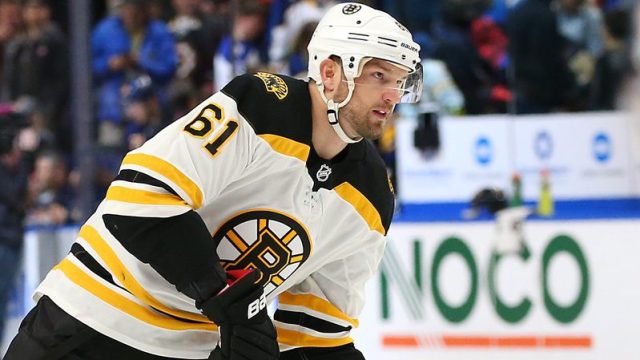 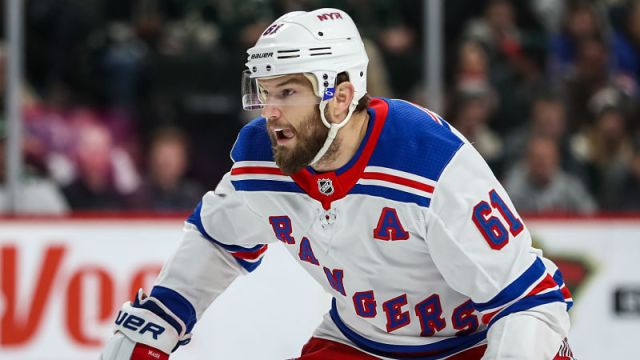 Rick Nash Expected To Join Bruins In Buffalo, Be Available Vs. Sabres