It’s fine. Patriots fans might have needed the loss to the Philadelphia Eagles. It gives them more reason to look forward to the 2018 season. Even fans can get a little complacent after too much winning.

Patriots fans certainly will be entertained by this offseason, too. They’re going to be left speculating about the future of tight end Rob Gronkowski, they’ll have a new defensive coordinator and there are plenty of draft-eligible quarterbacks to fall in love with.

@DougKyed @DougKyed with Butler basically gone do Patriots go after Talib or Sherman? And of the two who?s a better fit? #MailDoug
— @Rudens23
I’m completely on board with the idea of the Patriots acquiring Aqib Talib or Richard Sherman with Malcolm Butler on his way out the door.

There are some complications, however, the first of which is that Talib still is under contract with the Denver Broncos for two more seasons and Sherman has one year left on his deal with the Seattle Seahawks.

There were reports last offseason that Sherman could be traded. Talib reportedly is on the trade block this offseason. It’s doubtful the Patriots would have to give up much to receive either cornerback because of their contracts.

As to who is a better fit? Probably Talib, because he’s already played under head coach Bill Belichick. But Sherman is the younger player with more upside.

I think either player is an ideal fit to play across the field from Stephon Gilmore. I mostly want the Patriots to acquire Sherman because I think it would be really fun to cover him as a reporter.

Are the Gronk retirement rumors real or his he posturing for more money?
— @ChefdDds89
Can it be both?

Rob Gronkowski has saved his money well and certainly has enough to retire if he doesn’t get what he wants. But if the Patriots are willing to pay up and give him what he wants/needs? Sure, he’d probably be willing to come back.

I could see the Patriots throwing some more incentives into Gronkowski’s contract. That worked out well for both parties in 2017.

Maybe they could officially change Gronkowski’s position to offensive tackle, let him wear No. 69 and declare him eligible on every play.

What?s the plan at TE if gronk retires? Do they keep Bennett/Allen or go to the draft
— @jerryn_97
The plan would be to de-emphasize the tight end.

Beyond that, they would be left with Dwayne Allen, Martellus Bennett, Jacob Hollister and Will Tye at tight end. Allen is set to have a $5 million cap hit in 2018, while Bennett, who’s hinted at retirement, is on the books for $6.1875 million. It seems unlikely they would keep both.

So, perhaps they would try to keep one of Allen or Bennett plus Hollister and Tye and draft another tight end.

Basically, convincing Gronkowski not to retire is of the utmost importance this offseason.

Doug, is there a possibility the Pats don?t name a DC and have B.B. bring Flores along slowly without putting the burden of the title on him?
— @whealan13
It’s possible, but I believe Flores is ready for the role. It’s possible he could take on all the responsibilities while maintaining the title of linebackers coach, but I don’t really understand delaying the inevitable. If Flores is the guy, he’s the guy.

Flores has been a position coach for six seasons, so it’s reasonable to think he’ll be promoted.

@DougKyed Best guess on the timeline for announcing a new DC?
— @2016GoPatriots
It could happen any day. When Dante Scarnecchia retired and Dave DeGuglielmo was hired as offensive line coach in 2014, it was announced in January.

@DougKyed Is Amendola coming back?
— @JosephSmith__
With offensive coordinator Josh McDaniels and quarterback Tom Brady coming back, my money is on yes.

Amendola loves McDaniels, Brady and New England. And he’s a modern Patriots legend. He should finish his career here.

Love your work man. What would you say the chances are that the Pats get Solder back in FA? He’s had a lot of good moments & also his handful of rough patches. Do u think he’s the guy BB and Scar want protecting Brady in his twilight years? Also heard he’s considering retirement?
— @curtfield13
I think the chances are pretty good that Nate Solder returns. I could see him signing a one- or two-year deal to stick around. The Patriots need to buy some time whether Antonio Garcia or a 2018 draft pick is set to eventually replace Solder at left tackle.

Garcia weighs just 260 pounds right now, and I doubt the Patriots would trust a rookie to protect a 41-year-old Brady.

The one question I have, one that will be the gist of debate for years to come, and is truly unanswerable, is whether Butler would have made a difference.
— @raduray
Yes. He would have. I’m sorry.

Cornerback Eric Rowe and safety Jordan Richards combined to give up more than 160 yards through the air. Shift around some pieces to insert Butler into the game, and the Patriots could have saved themselves some of those yards and potentially a score or two.

Ok, Rowe over Butler I can buy. Why bademosi and Richards over Butler?
— @tstorm81
The Patriots seemed very committed to leaving Patrick Chung in at the slot to cover Eagles wide receiver Nelson Agholor. Chung fared fine in the role, but he probably would have been even better covering tight ends.

The Patriots clearly disliked putting Rowe on Agholor or Butler on Torrey Smith. It would have been worth trying, though.

Is there any long term concern with Malcolm Mitchell? Or was this year just the case of a nagging injury that he couldn?t shake?
— @agiamminonni6
That’s a really good question.

I’ll say this: Mitchell clearly didn’t have a torn ACL. He suffered the injury in August and was back on the practice field four months later. So a non-ACL tear kept Mitchell out the entire season. That’s not a great sign.

Teams were very concerned over Mitchell’s knees when he was drafted in 2016. Some teams even considered moving Mitchell to cornerback because they thought it would put less wear and tear on his legs.

We’ll see what happens to Mitchell next season, but it’s certainly concerning that he was out all season.

#maildoug Does Belichick ever seriously and honestly address the Butler situation with the press?
— @MrQuindazzi
To the media? No. In a book someday? I guess, maybe.

when does the hurt go away?
— @traviehise
When the Patriots acquire Sherman.

what did you think of Matt Patricia’s introductory press conference in Detroit? #maildoug
— @JeffWIIM
I thought it was a good start. Patricia was a rough quote when he was in New England. He wasn’t very open in his news conference, but he gave a little bit more than he did with the Patriots.

Is Belichick going to coach the Giants? I read it here in the NY Daily Snooze so it must be true.
— @AnthonyCurtis68
No, but how weird are these odds?

These odds on where Bill Belichick will coach in 2019, via @BetDSI, are interesting. I'd put some money on Patriots, field and not NFL coach. pic.twitter.com/3jgynb9xkB

There’s a lot to unpack there. The New York Giants, who just hired a new GM and head coach, have better odds than the Patriots?

The New York Jets have odds?

The Cleveland Browns have odds?

If this bet still is available, put a bunch of money on the Patriots and hedge it with the field and not NFL head coach.

Better chance of returning: Lewis or Burkhead?
— @19_nick_
Burkhead, because I suspect he’ll be cheaper.

What does BB see in Jordan Richards that the rest of the world doesn’t?
— @fitzgrantiv
A good football player. 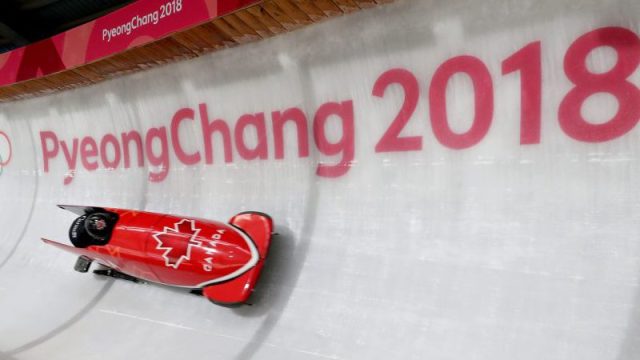 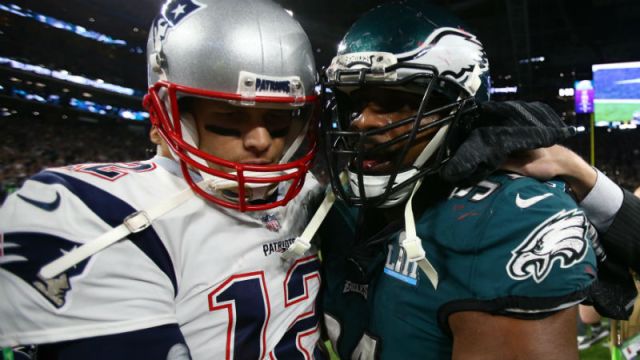