We’re still two months away from the 2018 NFL Draft, but mock draft season is well underway.

With the NFL Scouting Combine taking place this week in Indianapolis — player workouts will begin Friday at Lucas Oil Stadium — we examined a sampling of national mock drafts to see which players have been viewed as potential first-round fits for the New England Patriots, who currently own the 31st overall selection.

CORNERBACK
With Malcolm Butler almost certainly signing elsewhere in free agency after his still-unbelievable Super Bowl LII benching, cornerback is one of the Patriots’ clearest offseason needs. They should have plenty to choose from at No. 31.

Bucky Brooks has Colorado’s Isaiah Oliver going to the Patriots at No. 31, while his NFL Media colleague Chad Reuter sees Iowa’s Josh Jackson in that spot.

LINEBACKER
The Patriots need to get more athletic at linebacker. How about Leighton Vander Esch, a Boise State product who is generating significant buzz in the leadup to the combine? Vander Esch made plays all over the field for the Broncos in 2017, racking up 141 tackles while also intercepting three passes and breaking up five others. He was awesome against Oregon in the Las Vegas Bowl and could climb up draft boards if he tests well in Indianapolis.

Will Brinson of CBS Sports and Danny Kelly of The Ringer both have the Patriots selecting Vander Esch, while others have linked him to the Pittsburgh Steelers at 28th overall.

EDGE RUSHER
Though 2017 draft pick Deatrich Wise showed promise as a rookie, the Patriots lacked a consistent, reliable edge rusher outside of standout defensive end Trey Flowers. Barring a trade, N.C. State’s Bradley Chubb and UTSA’s Marcus Davenport likely will be long gone by the time New England goes on the clock, but there are several intriguing names projected to go in the late 20s and early 30s.

One of those players Boston College standout Harold Landry, whom CBS Sports analysts R.J. White and Jared Dubin both see going to the Patriots at No. 31. Kiper also mentioned Landry as an option, along with Georgia’s Lorenzo Carter. Landry followed up his 16 1/2-sack junior season with a less impressive senior campaign, which hurt his stock some in the eyes of draft evaluators.

OFFENSIVE TACKLE
The Patriots’ need here totally depends on what happens with Nate Solder, who’s set to hit free agency March 14. If they re-sign Solder, their starting O-line is set. If they don’t, they’ll need to find a new left tackle, especially given the uncertainty surrounding 2017 third-round pick Tony Garcia.

Some quality tackle prospects could be available late in the first round if New England chooses to address this potential need through the draft. Daniel Jeremiah of NFL Media has the Pats selecting Notre Dame’s Mike McGlinchey, while Rotoworld.com’s Josh Norris and WalterFootball.com both have them taking Kolton Miller out of UCLA.

The Patriots drafted UCLA tackle Conor McDermott in the sixth round last year before cutting him at the end of camp.

DEFENSIVE TACKLE
While not as great of a need as some of the aforementioned positions, the Patriots could look to add another body to their defensive line through the draft.

CBS Sports’ Pete Prisco and NFL Media’s Charley Casserly both mocked Stanford’s Harrison Phillips — a former high school wrestling star who excelled as a run defender for the Cardinal — to New England at No. 31. Phillips led his team in tackles in 2017 with 103 — a rare feat for an interior D-lineman — and the Patriots have liked Stanford products in recent years, drafting Cameron Fleming in 2014 and Jordan Richards in 2015.

** None of the mock drafts studied had the Patriots selecting a quarterback in the first round. Finding an eventual heir to 40-year-old Tom Brady should be a priority this offseason, but it seems likely New England would wait until Day 2 or 3 of the draft to nab one. 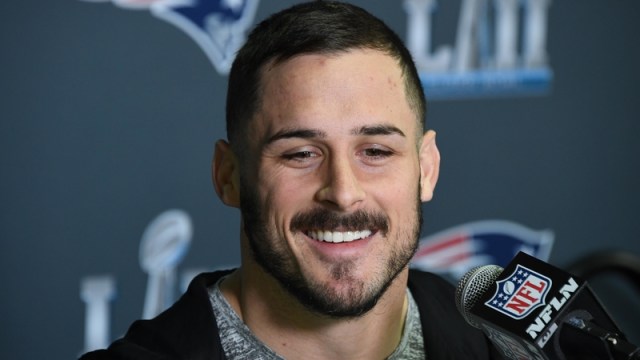 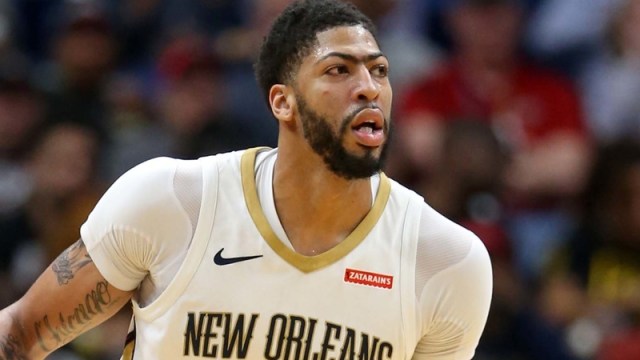