The Boston Red Sox reportedly made a big move Monday. Perhaps you heard.

The Sox, according to multiple reports, came to terms with free agent slugger J.D. Martinez. It’s the conclusion of a long dance between the two sides, and the Red Sox have to be thrilled to be able to insert the former All-Star into the middle of their lineup.

But how does that affect everyone else? Spring training is underway with the first taste of game action coming Thursday. With so many moving parts, spring training games will take on an added significance this season for the Red Sox, who have roster moves to make to eventually whittle down their roster to 25.

We’re operating under the assumption Steven Wright won’t be ready for Opening Day, and we already know the Red Sox likely won’t have Eduardo Rodriguez until May. The fifth spot in the rotation goes to Johnson. He’s had some success in very limited big league time, and he’s also out of options.

Kimbrel, Smith and Kelly all are locks, and one of the best spring training roster competitions will be for the eighth-inning role. Hembree (no options) and Barnes also make the cut, as does Scott as the lone lefty. After six games in six days to start the season, the Red Sox have just three games in six days to open their home slate, meaning they could shorten the rotation and use Johnson as another left-handed option out of the bullpen.

Red Sox manager Alex Cora didn’t tip his hand when talking about the catching corps on the first day of spring training. Perhaps no player on the roster has a bigger spring in front of him than Swihart. He’s out of options, and the combination of Vazquez and Leon was fine last season. Expect Swihart to get plenty of chances at other positions — perhaps third base, second base and the outfield — during the spring. With a strong showing, he could be a trade candidate, although Dombrowski has insisted he has no plans to move Swihart.

The addition of Martinez makes this group a little more crowded. Moreland and Ramirez look destined for a first base platoon. Nunez likely slides in as the Opening Day second baseman while Dustin Pedroia recovers from offseason knee surgery, and the left side of the infield is set with Devers and Bogaerts. Marrero originally was the odd man out on this projection, but minutes after hitting “Publish,” the Red Sox traded Bryce Brentz to Pittsburgh. It’s good to have Marrero around, too. His glove could be an asset in an infield that has some things to prove defensively.

Brentz looked like the obvious pick for the fourth outfielder before the Red Sox went and traded him. Barring an injury or shocking trade, it might make most sense to go with these three and then use Holt or Martinez as a fourth outfielder.

This guy is going to hit a lot of dingers. 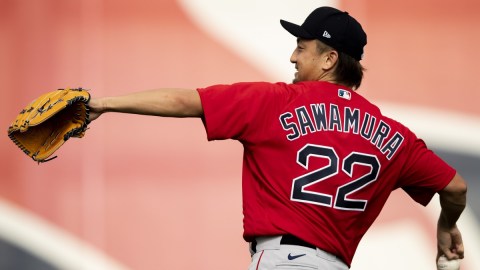 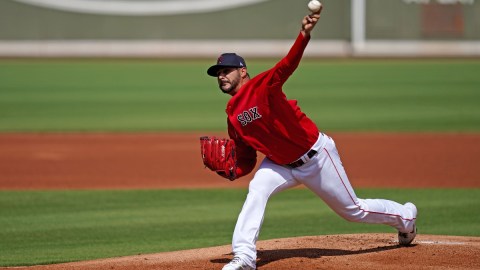 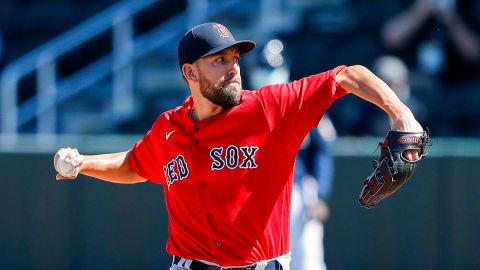 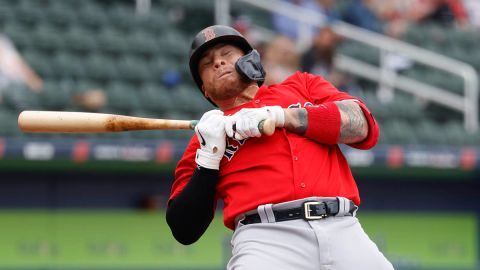