In one of the least surprising developments of Super Bowl week, Tom Brady was announced Saturday as the Most Valuable Player of the 2017 NFL season.

After turning 40 in August, the New England Patriots quarterback proceeded to have one of the most productive seasons of his career.

Brady completed 66.3 percent of his passes for 4,577 yards and 32 touchdowns with eight interceptions and a 102.8 passer rating. He ranked in the top five in the league in nearly every passing category, including first in yards and third in touchdowns and passer rating.

Brady was not present to accept his award at the NFL Honors ceremony in Minneapolis. He and the Patriots are going through their final preparations ahead of their matchup with the Philadelphia Eagles on Sunday in Super Bowl LII.

A win over the Eagles would give Brady his sixth Super Bowl title, pushing him past Hall of Fame pass rusher Charles Haley for the most in NFL history.

The Patriots are seeking their second consecutive championship and their third in four years. No team has won back-to-back titles since New England did so in 2003 and 2004. 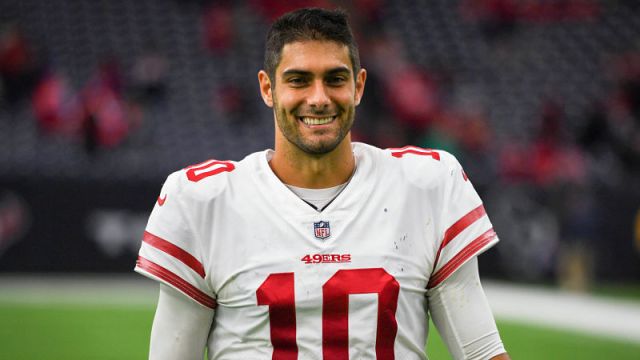