The Boston Bruins welcomed back a familiar face Sunday night.

Patrice Bergeron made his return to game action against the Minnesota Wild at Xcel Energy Center. The veteran center had missed Boston’s previous 13 games with a fractured foot, but Bergeron didn’t skip a beat in his return game.

Bergeron was his usual play-making self, logging assists on both of Boston’s goals in a 2-1 overtime win. David Pastrnak received a picture-perfect pass from Bergeron to bury the Bruins’ first tally, and No. 37 was at it again in sudden death, helping ignite the rush that resulted in Brad Marchand’s game-winning goal.

Bergeron’s return couldn’t have come at a more perfect time for the Bruins. Boston still is dealing with other critical injuries to defensemen Zdeno Chara and Charlie McAvoy, and while the B’s fared well in Bergeron’s absence, his return provides a major boost as the regular season winds down. Bergeron now will have eight games to get back up to full speed ahead of the playoffs, while also giving Boston a more competitive chance of winning the Atlantic Division.

Sunday night’s showing also indicated the Bruins won’t be taking it slow with Bergeron now that he’s back from injury. The two-time All-Star logged 19:08 of ice time, second-most among forwards behind Marchand (19:18). With the B’s top line of Marchand, Bergeron and Pastrnak reunited, Boston’s offense should continue to roll down the stretch and into the postseason.

Here are some other notes from Bruins-Wild:

— Marchand tied an NHL record with his fifth overtime goal of the season. He’s scored the game-winner in all but one of Boston’s overtime victories this season.

— Bergeron wasn’t the only Bruin to return from injury Sunday, as Torey Krug also took the ice after battling an upper body injury. Krug had a solid night, also assisting on Marchand’s goal and posting a plus-2 rating, the highest among Boston’s defensemen.

— The Bruins currently are just two points behind the Tampa Bay Lightning for first place in the Atlantic and top seed in the Eastern Conference. Boston will host Tampa Bay on Thursday. 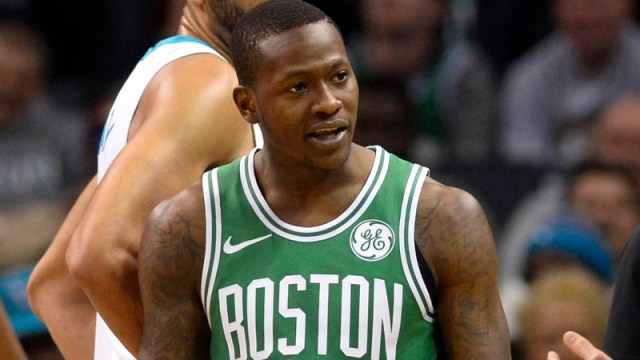 How Will Patriots Align Their Defensive Front After 2018 Acquisitions? 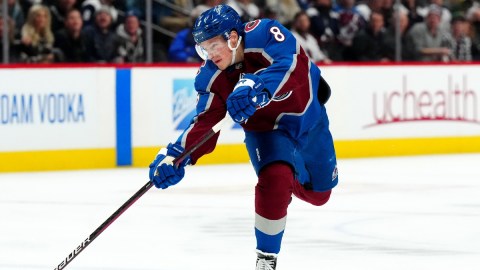 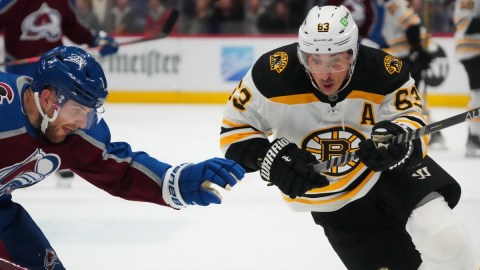