The New England Patriots have a slot receiver on their roster who’s quicker than Danny Amendola, more agile than Julian Edelman, faster than Chris Hogan and more explosive than Wes Welker.

And unless you’re a serious Patriots diehard, you probably don’t know his name.

Riley McCarron, who’s entering his second NFL season, spent the majority of the 2017 season on the Patriots’ practice squad. He was with the Texans for training camp and the beginning of the season but was released from Houston’s practice squad Sept. 18. The Patriots snagged him four days later.

The Patriots re-signed McCarron, 24, after their Super Bowl LII loss to the Philadelphia Eagles, so he’ll go through the offseason workout program and training camp with New England.

He’s an intriguing prospect, in part, because the Patriots lost Amendola to the Miami Dolphins in free agency. Based on the Patriots’ receiver depth, it’s more likely McCarron will spend another season on the practice squad than the Patriots’ 53-man roster. He enters the offseason below Edelman, Hogan, Brandin Cooks, Cordarrelle Patterson, Malcolm Mitchell, Kenny Britt and Phillip Dorsett on the wide receiver depth chart. But with a strong spring and summer, who knows? It’s not as if Mitchell (due to injury), Britt, Dorsett or even Patterson are locks for the 53-man roster.

McCarron, like Welker and Amendola, came into the NFL undrafted. He caught 42 passes on 58 targets for 517 yards with four touchdowns and just three drops and returned seven punts for 148 yards with another score as a senior at Iowa. He was hardly used in his first three college seasons entering Iowa as a walk-on. His final-season stats likely would have been gaudier on a team less reliant on the run. Iowa quarterback C.J. Beathard, now with the San Francisco 49ers, threw for less than 2,000 yards in 13 games in 2016.

Welker worked with McCarron last offseason as a coach with the Texans, as the Patriots Wire’s Henry McKenna noted. McCarron leaned on Amendola after joining the Patriots in September. So, he’s been groomed well. McCarron actually had taken an accounting job before leaving it to train for his pro day around this time last year. The decision paid off.

Those are elite measurables, and they blow current and former Patriots slot receivers out of the water.

McCarron’s athleticism flashed at Iowa. His speed is no joke.

Neither is his agility.

And besides looking the part, it’s hard to watch McCarron and not see at least a little bit of Welker in there. The No. 83 helps.

It’s beyond cliche to expect an undersized, gritty, deceptively fast wide receiver to exceed expectations with the Patriots. But he’s on the roster, and there’s a reason the Patriots carried him on their practice squad most of the season.

It’s entirely possible McCarron could be a bust in practices this summer. He could be T.J. Moe 2.0. But Patriots fans certainly will take notice if he shows flashes of promise in open training camp sessions. 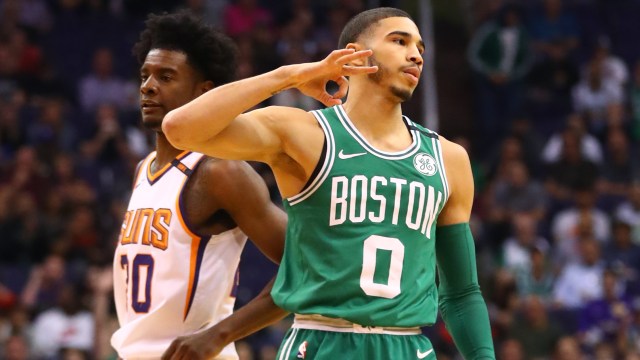 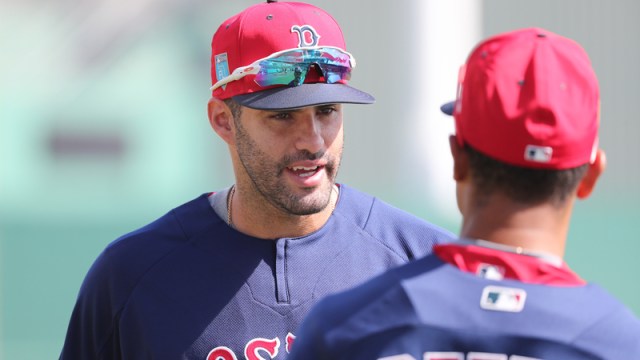