Lamar Jackson Scoffs At Idea Of Playing Any Position Other Than QB In NFL - NESN.com Skip to content

INDIANAPOLIS — Louisville quarterback prospect Lamar Jackson did a lot of laughing during his 15-minute session with reporters Friday at the NFL Scouting Combine. Most of it came after he was asked about playing a position other than quarterback at the NFL level.

This mostly stems from former Buffalo Bills, Carolina Panthers and Indianapolis Colts general manager Bill Polian saying Jackson should switch to wide receiver. Polian said he believes the 6-foot-2, 216-pound QB is too small. A former NFL front office executive, who shall not be named so as to not give him a platform, said Jackson played in a simple NFL offense. Jackson played under head coach Bobby Petrino, who runs an Erhardt-Perkins offense, which is the same system the New England Patriots run. Simple, it is not.

“No teams has asked me to play wide receiver,” Jackson said Friday. “I don’t know where that even comes from. I’m strictly a quarterback.”

And what does he have to say to people who believe he should play wide receiver?

“I’m not going to their team, if anything,” Jackson said. “Whoever likes me at quarterback, that’s where I’m going. That’s strictly my position.”

Jackson is the most mobile quarterback in the 2018 draft, which is where these ideas seemingly stem from. He’s expected to run a blazing 40-yard dash, though he won’t be doing so at the combine. He also failed to complete 60 percent of his passes in a single season, though he came darn close in 2017, going 254-of-430 (59.1 percent).

But Jackson also won the Heisman Trophy for his quarterback play as a sophomore, and it would be insane for him to not at least start his NFL career as a quarterback.

Some other notes from Jackson’s presser:

— He said he’d be a “leveled-up Lamar” next season in the NFL.

— Jackson won’t be hiring an agent because the rookie wage scale is so simple to negotiate. He has a lawyer who will help, and his mother will serve as his manager.

— He knows he needs to fix his footwork and narrow stance.

— He won’t be willing to play another position on a short-term basis even if he’s drafted as a backup quarterback.

— He models his game after “Cam Newton and Tom Brady. Yes, sir. Superheroes.”

— He said, when asked about the potential of learning under Tom Brady, he’d “look like a little kid. I’m going to be trying to learn as much as I could and asking a lot of questions, like ‘why did you do this’ or ‘what you feel I need to work on this?’ A lot of questions.” He also said he wouldn’t feel pressure trying to succeed a quarterback like Brady because he thrives under pressure. 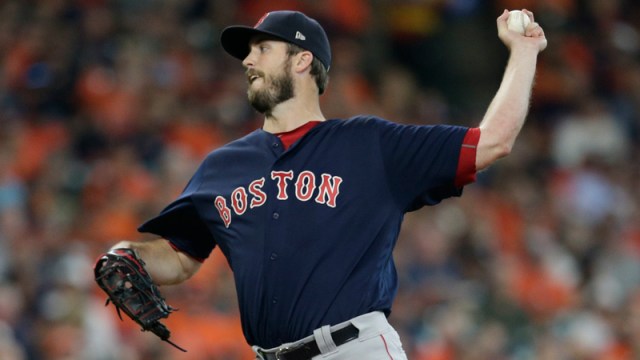 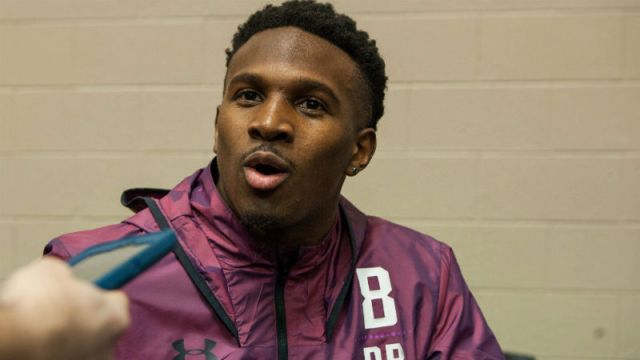 NFL Combine Reveals Some Potential Patriots Fits At Running Back