Day 1 of on-field drills at the NFL Scouting Combine is in the books.

Let’s take a look at some winners and losers from Friday’s running back workouts, including a few players who could be potential fits for the New England Patriots. Running back is a position of need for the Patriots this offseason with Dion Lewis and Rex Burkhead set to hit free agency.

Needless to say, he’s not a potential Patriots pick, as New England, which surely would love to have him, currently doesn’t own a selection higher than 31st overall.

The only player with 25+ bench press reps and a 40+ inch vertical at the 2017 Combine was eventual #1 overall pick DE Myles Garrett (33 reps, 41? vertical)@PennStateFball@saquonb21

Given the number of NFL teams that need quarterbacks this offseason, it’s highly unlikely one would use the first overall pick on a running back. But if there’s any player who deserves that distinction, it’s Barkley. He’s the best player in this draft class and will hear his name called very, very early on April 26.

Nick Chubb, Georgia
Chubb excelled in everything but the agility drills, recording a 4.52-second 40 (tied for sixth among running backs), 29 reps on the bench (tied for first), a 38.5-inch vertical leap (tied for fourth) and a 129-inch broad jump (second).

Chase Edmonds, Fordham
One of just two FCS prospects in this running back group (along with Jacksonville State’s Roc Thomas), Edmonds put forth a strong showing on the biggest pre-draft stage, posting the best times in the three-cone drill (6.79 seconds) and short shuttle (4.07 seconds) while also running a respectable 4.55-second 40. It’s no surprise the Patriots, who value versatility in their running backs and typically favor those who test well in agility drills like the three-cone and shuttle, met with Edmonds earlier this week.

Justin Jackson, Northwestern
Another under-the-radar prospect, Jackson posted similar numbers to Edmonds’, tying him for first in the short shuttle while ranking second in the three-cone (6.81 seconds) and running the 40 in 4.52 seconds. He also placed near the top of the group in the broad jump and vertical jump. A four-time 1,000-yard rusher at Northwestern who also caught 122 passes for the Wildcats, he’s another name Patriots fans should remember.

Kalen Ballage, Arizona State
An intriguing mid-to-late-round prospect, Ballage is a physical specimen (6-foot-1, 227 pounds) who fared well in several drills, including the 40 (4.46 seconds), the broad jump (122 inches) and the three-cone drill (6.91 seconds). It’s still hard to predict what kind of NFL player Ballage will be, but he has the tools.

Nyheim Hines, N.C. State
As a former All-ACC sprinter, Hines was expected to excel in the 40, and he did not disappoint, leading all running backs with a time of 4.38 seconds. (The slower of his two runs — 4.39 seconds — still was faster than any other competitor’s best mark.)

We have a new leader!@PackFootball RB Nyheim Hines records a 4.39u 40-yard dash! #NFLCombine

Hines, who began his college career as a slot receiver, is a dual-threat back who could fit in well with the Patriots, with whom he met earlier this week. They won’t be impressed by his agility numbers, though, as he posted below-average times in the three-cone (7.18 seconds) and short shuttle (4.35 seconds).

LOSERS
Ronald Jones II, USC
Jones tweaked his right hamstring on his first attempt at the 40, finishing in 4.66 seconds and forcing him to skip the remainder of the drills. Many view him as a first- or second-round talent, but NFL evaluators will need to wait until USC’s pro day to get a clear picture of his measurables. 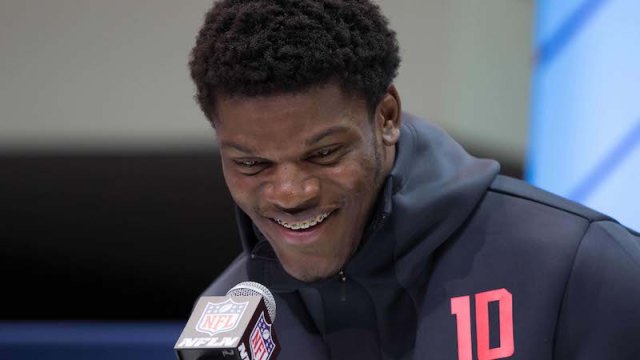 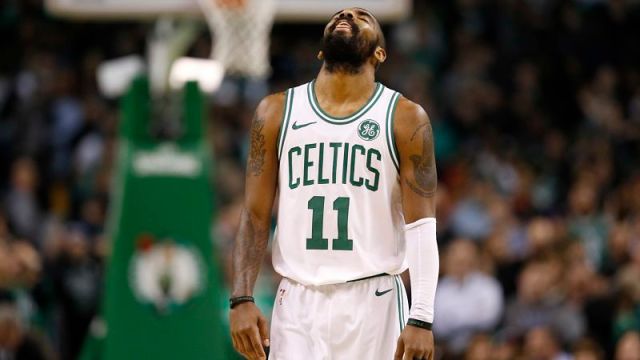