The New England Patriots do a good job staying out of sight at the NFL Scouting Combine. They’re never too far out of mind, though.

Who do you think is a better fit for the Patriots, Sherman or Talib?
— @TrevorDade
With Marcus Peters now off the market, I suppose we can reopen this discussion. I think Richard Sherman has the potential to be a better player long-term, but he’s recovering from a torn right Achilles and just had a cleanup surgery on his left Achilles. The 32-year-old Aqib Talib has played in the system before, but he’s older than the 29-year-old Shermna.

There are reports the Denver Broncos could release Talib, while the Patriots likely would have to trade for Sherman. New England would have to compete to sign Talib and might have to pay top dollar for him. Sherman would cost $11 million in 2018.

There are positives and negatives to both players. If the Patriots are looking for a one-year fill-in, then Talib probably is the better choice. If they’re looking to add someone and sign him to a long-term contract, then it’s probably Sherman.

I’d take either guy in the locker room. They’re both entertaining quotes.

If CJ Anderson becomes available do the Patriots go after him and move on from Dion Lewis?
— @DANTEVD
New England reportedly showed interest in signing Anderson when he was a restricted free agent in 2016, so it’s definitely not out of the realm of possibility that he could join the team if released.

It seems increasingly unlikely Lewis will be back. He appears set on the possibility that another team will be willing to pay him more money.

Anderson would be a good option as a big back to compete for snaps with Mike Gillislee.

Thots on Ben Volin saying Brandin Cooks is ?terrible value? for the Patriots at $8.459M this season?
— @BradyToCooks
I don’t agree with it. And I’ve expressed this to Ben before, so I’m not talking out of school or anything. Ben’s a buddy of mine.

When the Patriots traded for Cooks, they knew they were getting him for two years, $10 million. They aren’t exactly taken by surprise that he’s going to cost $8.459 million next season, and he didn’t do anything last season to show he wasn’t worth two years and $10 million.

Cooks is exactly what the Patriots should have expected about him. He’s speedy and explosive, and he’s good for 1,000 yards every season, but he’s also streaky and not overly versatile.

New England would be crazy to release Cooks after acquiring him for a first-round pick, and the team isn’t going to find a player with Cooks’ value at his current price tag. Thousand-yard receivers are worth more than $8 million.

Could they trade him? Sure. That’s not overly outlandish. But that too seems unlikely.

Who do you think pats gravitate more to Rex or Dion?
— @CiprianoRjcip22
Rex Burkhead, though we wrote Thursday it’s no sure thing he returns to the team. Burkhead is likely to garner heavy interest on the open market, and when he signed a one-year deal with the Patriots last offseason, it felt at the time like it was a means to make more money this offseason. We’ll see if the risk paid off.

How about Gronk for Sherman and a draft pick?
— @marmal69
How high is the draft pick? It would have to be pretty darn high.

When do you expect the team to announce any veteran cap cuts? Only offseason change has been Harris retiring. #MailDoug
— @TeamCrazyMatt
Probably next week. They’ll do it before March 14, when a flood of free agents officially hit the open market.

Did you miss me during my twitter hiatus?
— @TheRealAlper
Yes, of course.

Say Gronk retires and goes into movies. A movie about curling where he doesn’t understand the rules and just throws the stones super fast and smashes stuff has to be first on the list. Box office gold right? Am I missing anything?
— @plarkin88
I feel like you’d have a hard time getting 90 minutes out of that movie, but at the same time, the “Grown Ups” series does exist. I could see your idea being produced by Adam Sandler, so it’s possible.

It?s March so we?ll roll with a non football one to see if you?re at least getting good eats while on the road: What?s your favorite place to eat when you visit Indy annually for the combine, assuming you?re here every year? #maildoug
— @HeyCoachBart
I’m not here every year, but I do come to Indianapolis enough to have a take on this. My favorite place is Harry & Izzy’s. I love the shrimp cocktail there, and their St. Elmo prime rib sandwich is one of the best I’ve ever had. I had both Wednesday night after already eating tacos for dinner.

Indianapolis has good food. And I appreciate the skyway system that prevents you from ever really having to go outside.

Is there a realistic chance Bill has had enough with gronk and trades him for example a conditional 2nd rounder that moves to a 1st based on performance or commitment to new team on # years left he will play?
— @agiamminonni6
There’s a chance.

I ask again this week YOUR gut feeling on Gronk.
— @rickmball
That he comes back to the Patriots in 2018.

UFOs or nah?
— @Vince_Baker2000
I believe aliens exist, but I don’t believe they’ve come to earth.

John cena vs the undertaker?
— @johnpurdy_
Not for it.

can we be friends?
— @JakeTurano
No new friends.

skippy or Jiff ?
— @TMurph207
I don’t have a take on this. My wife prefers Jiff, but Skippy is always cheaper. I buy Jiff, because I’m a great husband. 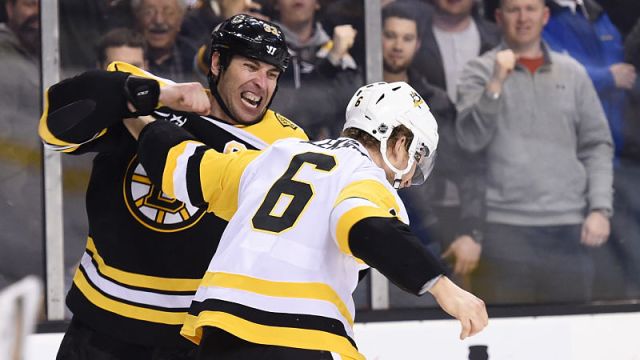 Bruins Praise Zdeno Chara For Stepping Up In Fight Vs. Jamie Oleksiak 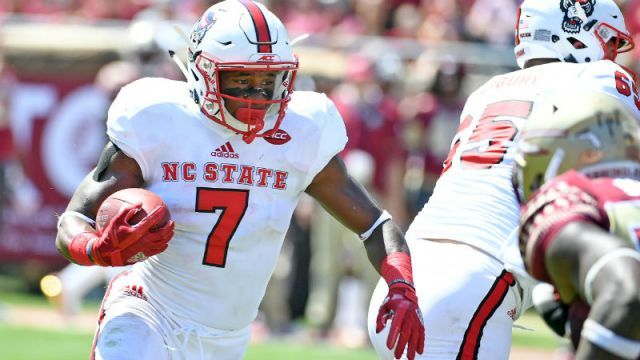