Harold Landry does not agree with that assessment.

Landry, who led the nation in sacks as a junior at Boston College, explained during his news conference at the NFL Scouting Combine why he should be considered the draft’s top pass-rush prospect.

“I think that nobody in this class has a first step like mine, the bend like mine and the burst to the quarterback like me,” Landry told reporters Saturday in Indianapolis. “I am not saying I am perfect — there are plenty of things I can improve on in my game — but in this draft, I do believe I am the best pass rusher.”

Had his senior season stats matched those from his junior year, Landry likely would be a top-10 pick in this year’s draft. But after racking up 16 1/2 sacks and 22 tackles for loss for the Eagles in 2016, he was hampered by an ankle injury this season, playing in eight games while finishing with just five sacks and 8 1/2 TFLs.

“I had five sacks in six games,” Landry explained, “and in the sixth game of the year, my ankle got messed up. I tried playing through it against Louisville the next week, played through it. Then the next week against Virginia, on the first play of the game, I rolled it again, and they shut me down.”

Entering the weekend, most draft experts viewed Landry, who’s now fully healthy, as a late first-round pick. Measuring 6-foot-3, 252 pounds, he turned in a highly impressive combine workout Sunday, running the 40-yard dash in 4.64 seconds while tying for the best time among edge rushers in the short shuttle (4.19 seconds) and tying for second in the three-cone drill (6.88 seconds).

(Soon to be) Harold Landry

Landry, who said he models his game after NFL stars Von Miller, Khalil Mack and Vic Beasley, lined up in a two-point stance and with his hand in the dirt during his time in Chestnut Hill. He met with teams that run 4-3 and 3-4 defenses in Indianapolis and said he feels comfortable playing on the edge in either scheme.

“I wanted to come out here and prove that I’m the same, if not better, than all the tape that’s out there,” the Spring Hill, N.C., native said in an NFL Network interview after completing his on-field drills. “I wanted to show that I’m versatile and that I can play 3-4 outside linebacker or 4-3 end. And I think I did pretty well (Sunday).”

Landry could be an option for the team that plays just down the road from BC. The New England Patriots have a need at pass rusher and currently own the 31st overall pick in this year’s draft. 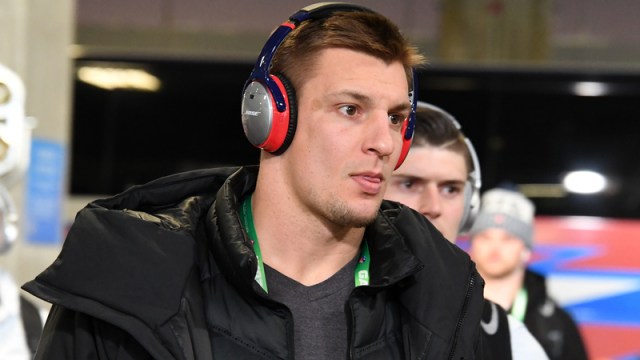 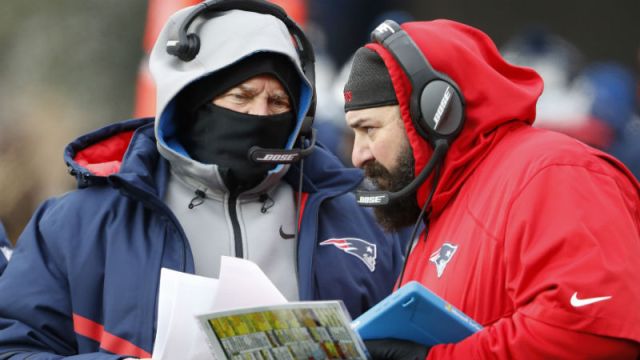