The Philadelphia 76ers’ second-round NBA playoff series with the Boston Celtics is just another chapter in the two franchises’ historic rivalry that dates back decades.

And because of the length of that history, few players even were alive for some of the rivalry’s greatest moments. Due to that, Sixers head coach Brett Brown gave his team a bit of a unique preamble to their film session Monday morning before their shootaround in advance of Game 1.

“It was the first thing that we showed this morning,” Brown said, via Celtics.com.

“I get the history of what goes on with our two organizations intimately, and I think that it’s just incredibly exciting,” Brown said. “And so to revisit that with my young guys and show them, before we even got into sort of Xs and Os and scout tape, (the message) was really: look at the history here. Have a real sort of knowledge-base of our two organizations. It’s something historic. It’s something very special.”

Over the course of six seasons in the early 1980s, the two foes met five times in the conference finals. Arguably the most contentious of all those meetings was in 1984, when two of the NBA’s best in Larry Bird and Julius Erving went at it, leading to a brawl between the two teams.

For Sixers star Joel Embiid, the two legends “holding each other’s necks” was the highlight of the history lesson.

The two franchises now are in a different dimension, however, and both should shape the Atlantic Division and Eastern Conference for years to come. And for all we know, the upcoming best-of-seven set could be the first of many times these two sides will meet in the postseason in coming years.

Game 1 will tip from TD Garden on Monday night at 8 p.m. 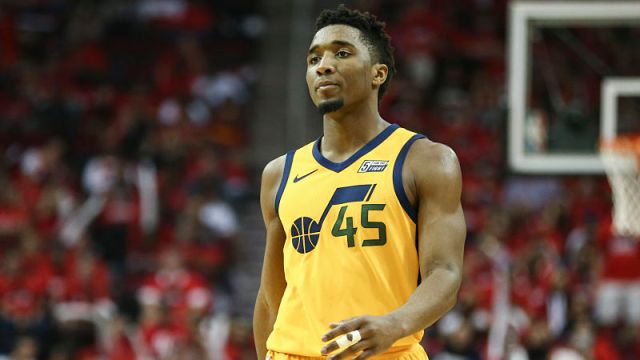