Defensive Tackles Patriots Could Select In Each Round Of 2018 NFL Draft - NESN.com Skip to content

Leading up to the 2018 NFL Draft, which runs from April 26-28, NESN.com will do a New England Patriots draft fits series. We’ll continue it with defensive tackles.

The New England Patriots filled their defensive tackle need early in the offseason by swinging a trade with the Cleveland Browns for 2015 first-round pick Danny Shelton.

Because the Patriots already have Shelton, Malcom Brown, Lawrence Guy, Adam Butler and Vincent Valentine at the position, it seems unlikely they’ll spend a lot of draft capital on a defensive tackle. It’s possible, however. Shelton, Brown, Guy and Valentine are space-eaters up front. Butler, a 2017 undrafted free agent, is the only interior disrupter among the group, and he was solid but unspectacular as a rookie. He and Valentine could be competing for roles this summer.

It’s fairly easy to identify potential defensive tackle fits in the draft for the Patriots, because they’re not overly picky when it comes to measurables based on past picks.

We picked out a defensive tackle for the Patriots in every one of their eight draft slots.

Round 1, 23rd Overall Pick: Taven Bryan, Florida
Bryan is one of the premier interior pass-rush threats in the draft. He had 31 total pressures in 2017. He’s also one of the best athletes in the group at 6-foot-5, 291 pounds. His 7.12-second 3-cone drill would be solid for a running back.

Round 1, 31st Overall Pick: Harrison Phillips, Stanford
Phillips is a bigger prospect at 307 pounds, but he’s also a great athlete, posting a 7.28-second 3-cone time. His athleticism didn’t translate to a ton of pressure, but he’s perhaps the best run defender in the group.

Round 2, 43rd Overall Pick: Nathan Shepherd, Fort Hays State
Another good athlete at 6-foot-4, 315 pounds with a 4.53-second short shuttle, Shepherd, a Canadian, is raw but has high upside.

He recorded 42 sacks during his four-year college career with 86.5 tackles for loss, nine forced fumbles, four interceptions and 14(!) blocked kicks.

Round 6, 198th Overall Pick: Breeland Speaks, Mississippi
Speaks, at 6-foot-3, 283 pounds, is a bit of a tweener between defensive end and tackle. Pro Football Focus lists him as an interior defender, so we will too. He generated a lot of pressure, recording 36 total sacks, QB hits and hurries in 2017.

Round 7, 219th Overall Pick: Kahlil McKenzie, Tennessee
McKenzie is the son of Oakland Raiders general manager Reggie McKenzie. He’s athletic for his 314-pound frame, but it helped him out more as a run defender in college.

Trade-up option: Maurice Hurst, Michigan
Hurst would be a great fit for the Patriots as an interior disruptor, but he’ll likely be off the board by No. 23 overall. He’s just 6-foot-1, 292 pounds, but he generated 49 total pressures in 2017.

Mid-round option: Bilal Nichols, Delaware
Nichols, based on size, length and athleticism, is among the best defensive tackle fits in the draft for the Patriots, but he’s projected to go in the fifth round, where New England doesn’t have a pick. He had 6.5 tackles for loss and 5.5 sacks in 2017. 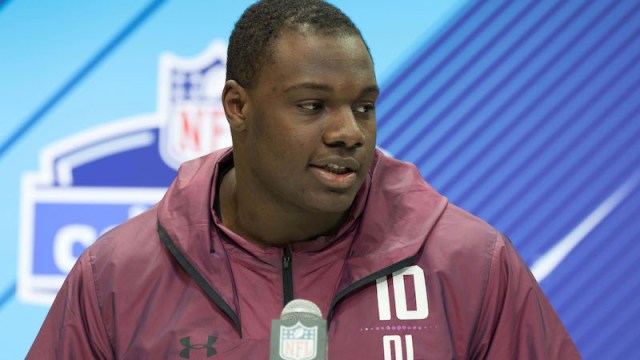 Guards, Centers Patriots Could Select In Each Round Of 2018 NFL Draft 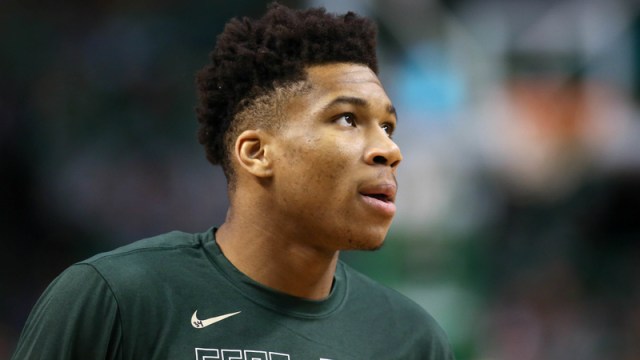