Guards, Centers Patriots Could Select In Each Round Of 2018 NFL Draft - NESN.com Skip to content

Leading up to the 2018 NFL Draft, which runs from April 26-28, NESN.com will do a New England Patriots draft fits series. We’ll continue it with guards and centers.

On paper, the New England Patriots don’t need to spend major draft capital on an interior offensive lineman. That, of course, means they’ll surprise everyone by doing just that.

If there’s a case to be made for the Patriots to draft an interior offensive lineman, it’s that Mason will be a free agent next offseason, and he could command a ton of money on the open market next spring.

Here are Patriots fits, based on measurables, with each of their 2018 selections.

Round 1, 23rd Overall Pick: G Will Hernandez, UTEP
It seems unlikely the Patriots would take a guard this high, regardless of need, but Hernandez allowed just four total pressures over the last two seasons, per Pro Football Focus.

Round 1, 31st Overall Pick: G Isaiah Wynn, Georgia
Wynn is undersized even for a guard at 6-foot-2, but he’s so good, he played left tackle in 2017 at Georgia. He let up just five total pressures, including two sacks, in 2017.

Round 2, 43rd Overall Pick: C Frank Ragnow, Arkansas
Ragnow let up just one pressure all season as a senior. He has good length and athleticism for a center at 6-foot-5 with 4.99-second 40-yard dash speed.

Round 2, 63rd Overall Pick: G Austin Corbett, Nevada
Corbett also played tackle in college but projects as a guard in the NFL, because he’s just 6-foot-4. He allowed 12 total pressures in 2017.

Round 3, 95th Overall Pick: C Scott Quessenberry, UCLA
Quessenberry, outside of his lack of arm length, is a perfect fit from a measurable standpoint for the Patriots. He ran a 5.09-second 40-yard dash with a 7.5-second 3-cone and 4.69-second short shuttle.

Round 6, 198th Overall Pick: G Colby Gossett, Appalachian State
Gossett played guard and tackle throughout his career at Appalachian State, giving him valuable versatility at the NFL level. He’s 6-foot-5, so playing tackle isn’t out of the realm of possibility as a pro.

Round 6, 210th Overall Pick: G Salesi Uhatafe, Utah
At 6-foot-5, 295 pounds, Uhatafe would need to add some bulk in the NFL. He displayed quickness needed on pull blocks with a 7.7-second 3-cone drill.

Round 7, 219th Overall Pick: C Coleman Shelton, Washington
Shelton played all five spots on the Huskies’ offensive line throughout his career. He’s plenty athletic, but he’ll need to add to some strength as a pro.

Trade-up option: C James Daniels, Iowa
It would be a major surprise if the Patriots traded up in the draft for a center, but they do love Iowa offensive linemen. Daniels’ brother, running back LeShun Jr., spent training camp with the Patriots last summer. He’s a great athlete and ran a 7.29-second 3-cone and 4.40-second short shuttle. That’s more agile than some wide receivers.

Mid-round option: G Wyatt Teller, Virginia Tech
Teller was better in 2016 than he was as a senior in 2017. He’s strong and plenty athletic, but why the dip in play? 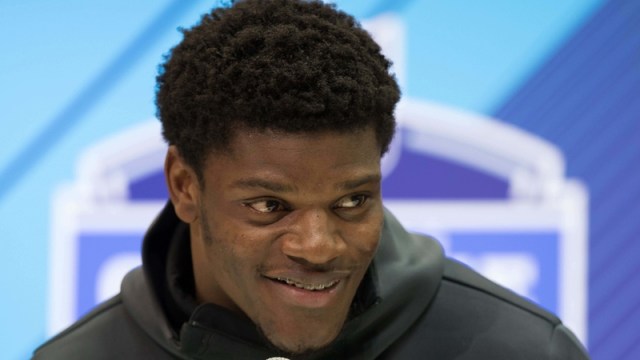 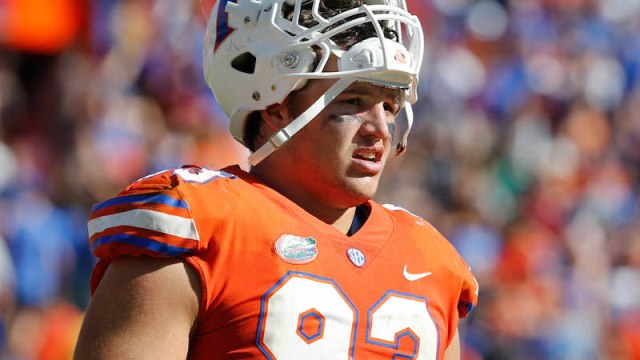