How High Could Patriots Move Up In 2018 NFL Draft After Brandin Cooks Trade? - NESN.com Skip to content

The reported Brandin Cooks trade has given the New England Patriots nearly unlimited flexibility in the 2018 NFL Draft.

Here are their updated 2018 draft picks:

The Patriots can’t quite move up to the No. 1 overall pick using 2018 selections, but they can come close. Using the NFL draft value chart, the Patriots have 2,106 point of draft capital in the first two rounds alone. That’s enough to get them inside the top four if they so choose. The Cleveland Browns are selecting first and fourth overall in the 2018 draft. The Patriots and Browns already have swung two trades this offseason.

That means they actually have a shot at taking one of the top four quarterbacks in the 2018 NFL Draft. Those players are Wyoming’s Josh Allen, USC’s Sam Darnold, UCLA’s Josh Rosen and Oklahoma’s Baker Mayfield.

There’s even a situation in which the Patriots could grab one of the top three quarterbacks.

The Browns are likely to take a quarterback No. 1 overall. The New York Jets are certain to select a quarterback after moving up from the sixth overall pick to No. 3 overall. But the New York Giants could elect to take running back Saquon Barkley with the No. 2 overall pick. That could leave Rosen for the Patriots if Allen goes to Cleveland and Darnold goes to the Jets.

It’s unlikely anything would materialize until the Patriots know what the Browns are doing at No. 4 overall unless New England would be content with any of the top four quarterbacks. The Patriots also could stay put with their first four picks or move up and down the board in other ways.

The Patriots have never had this much draft capital in the Bill Belichick era. It will be fascinating to see how they use it. 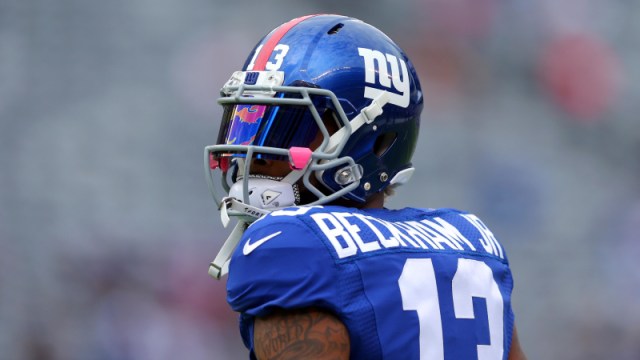