The New England Patriots reportedly are taking a close look Monday at two second-round picks from the 2014 NFL Draft.

Matthews, 25, was selected 42nd overall by the Philadelphia Eagles in the 2014 NFL Draft out of Vanderbilt. He was traded to the Buffalo Bills last summer. The 6-foot-3, 212-pound receiver has 250 career receptions for 2,955 yards with 20 touchdowns in four seasons. He caught just 25 passes for 282 yards with one touchdown in 2017 with the Bills.

Matthews’ best season came in 2015, when he caught 85 passes for 997 yards with eight touchdowns on the Eagles.

The Patriots have a greater need at tight end than at wideout with starter Rob Gronkowski’s status still uncertain. Dwayne Allen, Jacob Hollister and Will Tye all are below Gronkowski on the tight end depth chart. 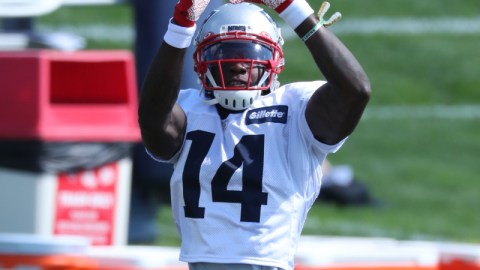