Would the New England Patriots really trade Rob Gronkowski? That remains to be seen. But that hasn’t stopped other teams from trying.

According to Albert Breer of The MMQB, multiple clubs plan to approach the Patriots with trade proposals for the four-time All-Pro tight end.

Last week, we mentioned this in the GamePlan (https://t.co/3cCCQbHsEU), and I'd repeat it — my expectation is the Patriots will be getting trade calls on TE Rob Gronkowski. In fact, a couple teams told me in Orlando that they were planning on making them.

Gronkowski’s future has been the No. 1 storyline of the Patriots’ offseason thus far. He has yet to commit to playing in 2018, and although he reportedly is expected to do so, his relationship with the team — and, more specifically, head coach Bill Belichick — is on the rocks.

Multiple insiders — the latest being ESPN’s Jeff Darlington on Saturday night — have reported of tension between Gronkowski and Belichick. Darlington’s report referenced “lingering frustrations” between the two, and given Belichick’s history of trading big-name players, other teams would be foolish not to at least inquire about the superstar’s availability.

Despite his flirtations with retirement, Gronkowski remains the NFL’s best tight end — and one of its best players, period. The 28-year-old missed just one game due to injury during the 2017 season, leading the Patriots in catches (69), receiving yards (1,084) and receiving touchdowns (eight) to earn first-team All-Pro honors. 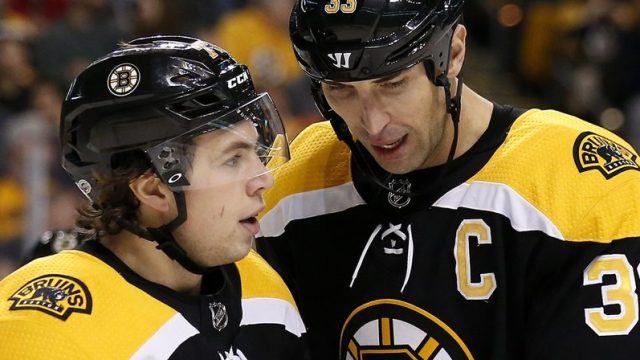