The 2018 NFL Draft is over, and no one knows anything. It’s impossible to make any sort of definitive statements until players hit the field, and even then, we’re probably still waiting a few years to know for sure.

That doesn’t stop anyone from pretending to know or from forecasting, though, and that’s why we have draft grades.

Just about everyone does them, and they’re all crapshoots. But they do give you an idea of how supposedly smart folks feel about teams and certain groups of players.

Given the New England Patriots’ recent decisions, draft grades carry even more intrigue. The Patriots had a productive yet odd draft, and the reaction to what the team did (and didn’t) do varied.

Here’s how some of the biggest names in the business graded the Patriots.

ESPN’s Mel Kiper
Grade: B+
Key takeaway: “If the draft told us anything, it’s that the decision-makers in New England think No. 12 can continue to defy age for at least another year, because unless you think seventh-rounder Danny Etling is a great developmental prospect (I don’t), Brady has no Jimmy Garoppolo pushing him. In fact, the Patriots had a focus on helping Brady out.”

WalterFootball.com
Grade: B
Key takeaway: “Also, the Patriots obtained extra second- and third-round choices for the 2019 NFL Draft in trades with the Bears and Lions, respectively. Given that the 2019 NFL Draft class appears to be absolutely loaded, this was a terrific strategy that Belichick utilized.”

SI.com
Grade: A+
Key takeaway: “Bill Belichick traded away the rest of New England?s second, third-and fourth-round picks?usually he gets overzealously lauded for this, but not here. The grade below has nothing to do with the trades and everything to do with a once-again Super Bowl ready franchise having the wisdom to build around its legendary MVP QB rather than taking guesses at how to one day replace him.”

CBS Sports
Grade: B
Key takeaway: “They then took Georgia runner Sony Michel with their other first-round pick. He is perfect for their system. Both Georgia players (Michel and first-round pick Isaiah Wynn) do come with injury concerns.”

NFL.com
Grade: A
Key takeaway: “(Ja’Whaun) Bentley and (Christian) Sam were picks the Patriots needed to make to aid the second level of their defense. (Braxton) Berrios was the perfect New England pick on Day 3. He’s a quick slot receiver who will fight for passes from Tom Brady.”

Yahoo! Sports
Grade: C
Key takeaway: “And the Patriots previously traded picks for veterans like Danny Shelton and offensive tackle Trent Brown, which helps. Bill Belichick?s moves could pay off down the line, but it?s hard to get excited now.” 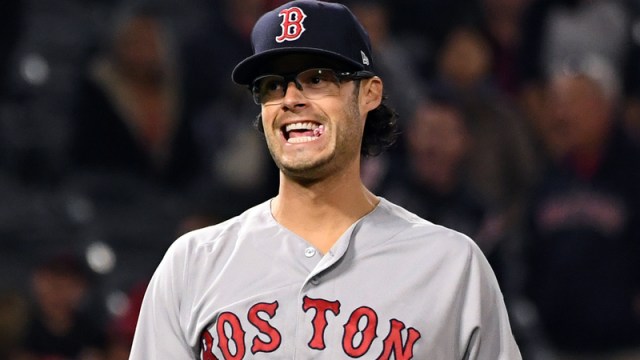 Joe Kelly Is Just Like Us, Watched Red Sox-Rays From Fenway Park Stands 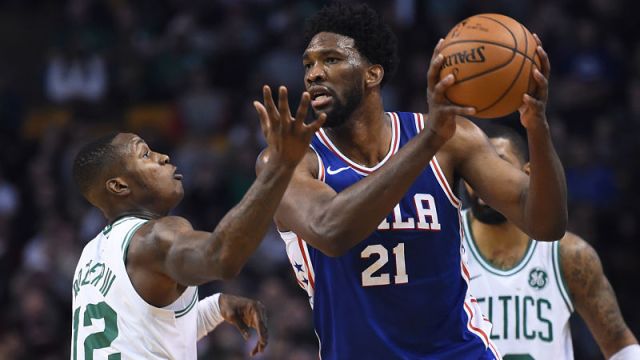