One month after losing Dion Lewis in free agency, the New England Patriots used a first-round draft pick on a running back.

The Patriots on Thursday selected Georgia’s Sony Michel with the 31st overall pick in the 2018 NFL Draft.

Despite splitting time with fellow 2018 draft prospect Nick Chubb, Michel put up eye-popping stats for the Bulldogs, rushing 156 times for 1,227 yards and 16 touchdowns as a senior in 2017. He also rushed for 1,136 yards and eight touchdowns in 2015 and 840 yards and four scores in 2016 while catching 64 passes for 621 yards and six scores over his four collegiate seasons.

Michel, who averaged a whopping 7.9 yards per carry as a senior and 6.1 yards per carry for his career, has been compared to 2017 NFL Offensive Rookie of the Year Alvin Kamara. He measured in at 5-foot-11, 214 pounds at the NFL Scouting Combine and ran the 40-yard dash in 4.54 seconds.

The Patriots had not drafted a running back in the first round since taking Laurence Maroney 21st overall in 2006. They used both of their Day 1 picks on Georgia products this year, also selecting tackle/guard Isaiah Wynn at No. 23 overall.

Our night in one photo. 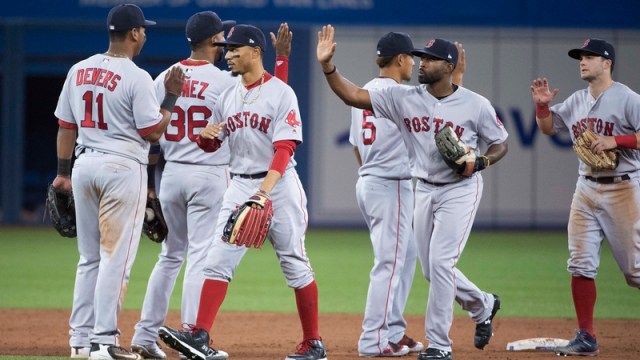 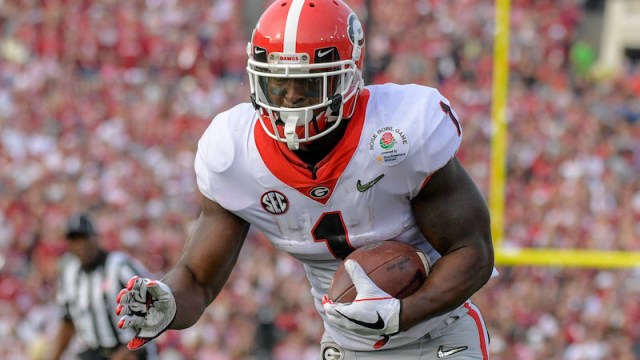