Quarterbacks Patriots Could Select In Each Round Of 2018 NFL Draft - NESN.com Skip to content

Leading up to the 2018 NFL Draft, which runs from April 26-28, NESN.com will do a New England Patriots draft fits series. We’ll kick it off with quarterbacks.

It might sound strange to hear quarterback is among the Patriots’ biggest needs when starter Tom Brady is coming off an MVP campaign, but it’s true.

With Jimmy Garoppolo now on the San Francisco 49ers, the Patriots currently have no succession plan for Brady, whose only backup is 32-year-old Brian Hoyer. Though Brady, 41, has said he wants to play into his mid-40s, the Patriots would be wise to select his heir apparent later this month. Here are their options with each of their eight selections in the 2018 NFL Draft.

Round 1, 23rd Overall Pick: Lamar Jackson, Louisville
Jackson isn’t a classic fit for the Patriots’ offense even though he played under a similar Erhardt-Perkins system in college. Jackson didn’t do any athletic testing at the NFL Scouting Combine or at his pro day, but it’s safe to say he’d fit the Patriots’ usual standards with his 10-yard split, 40-yard dash, vertical leap, broad jump, 3-cone and short shuttle based on the athleticism he flashed in college while rushing more than he passed. He does have the required height and hand size for a Patriots quarterback.

So, why is Jackson here? There are only so many quarterbacks to take in each slot, and Jackson is one of the top quarterbacks who might still be available at No. 23 overall.

And while much has been made of Jackson’s lack of accuracy, his adjusted completion percentage was higher than that of top QBs Sam Darnold and Josh Allen in 2017, according to Pro Football Focus.

Round 1, 31st Overall Pick:  Mason Rudolph, Oklahoma State
Rudolph fits the Patriots from a size perspective. He didn’t jump or run the short shuttle as well as a typical New England draft pick, however. Rudolph’s accuracy is one of his strengths. Precision is needed in the Patriots’ offense.

Round 2, 43rd Overall Pick: Kyle Lauletta, Richmond
Lauletta is among the best Patriots fits based on size and athletic testing numbers. His 3-cone and short shuttle were so good, they would fit a typical Patriots running back and wide receiver. Lauletta has been compared to Jimmy Garoppolo, though he might not have his arm strength. Lauletta is, however, an accurate passer.

Round 2, 63rd Overall Pick: Mike White, Western Kentucky
White is one of the worst athletes among top quarterbacks. He doesn’t fit the Patriots’ usual standards in 40 time, vertical leap, broad jump or 3-cone. He was the third most accurate quarterback among draft eligibles, according to PFF, however.

Round 3, 95th Overall Pick: Luke Falk, Washington State
Falk only did a vertical leap and broad jump, neither of which were strong, during the pre-draft testing process. His adjusted completion percentage ranked 11th in 2017, and it was a down year for the former Cougar.

Round 6, 198th Overall Pick: Logan Woodside, Toledo
Woodside is slightly shorter than the average Patriots quarterback draft pick, but he’s a decent athlete, and he was one of the most accurate draft-eligible quarterbacks in 2017.

The Patriots likely will take a quarterback in the first three rounds of the draft. They could double dip with a later pick, as well.

Round 6, 210th Overall Pick: J.T. Barrett, Ohio State
Barrett is one of the most athletic quarterbacks in the draft, and he had better accuracy than Jackson as a senior.

Round 7, 219th Overall Pick: Chad Kanoff, Princeton
Kanoff is a deep sleeper from the Ivy League. He was a three-star recruit out of high school who originally committed to Vanderbilt before changing his plans. At 6-foot-4, 219 pounds, Kanoff has NFL size. He completed 73.2 percent of his passes in 2017 for 3,474 yards with 29 touchdowns and nine interceptions.

Trade-up option: Josh Rosen, UCLA
It seems unrealistic the Patriots could trade up high enough for Rosen, who’s expected to be a top-four pick. But if teams start to get turned off by his personality, then the Patriots could jump. Oklahoma’s Baker Mayfield is another trade-up possibility.

Mid-round option: Kurt Benkert, Virginia
Benkert fits the Patriots from a size and testing perspective. His accuracy was only average in 2017, however. 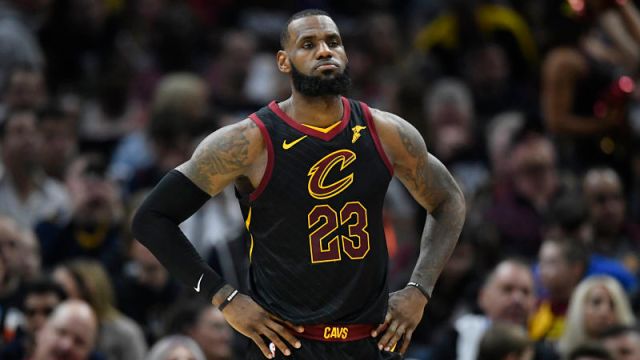 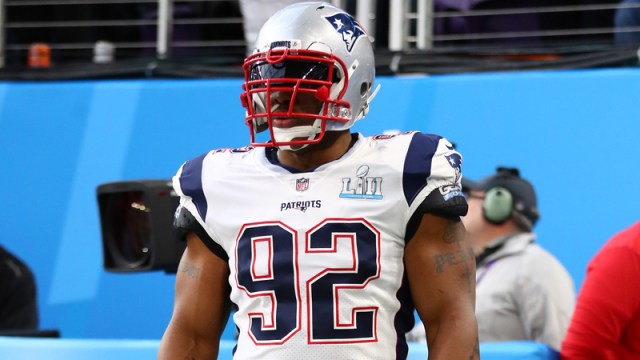